The following is a press release from the Mono County Health Department:

Twenty one years ago, Californians passed Proposition 99 – a 25-cent tax on tobacco products. The first tobacco education programs in Inyo and Mono County began in Spring of 1990.  Today, California has reported a tremendous return on that investment. More than 1 million lives in California have been saved; California now has the second lowest adult smoking rate in the nation (Utah has the lowest rate) and lung cancer rates in California are decreasing three times faster than the rest of the country. 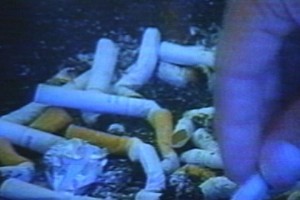 “Before 1990, only the American Cancer Society and American Lung Association were around to help smokers quit”, reports Nancy Mahannah, Mono Co. Program Manager. “Remember this was before internet was in common use. Our program has helped over 500 people quit smoking in the past 20 years.  Now internet sites, trained health care providers and the California Smokers’ Helpline (1-800-No-Butts) are around to help anyone quit at any time.” While California’s program was the first of this magnitude in the world, most countries and States now have tobacco control programs in hopes of decreasing their people’s burden of death, disease and health care costs.  All this began with a simple tobacco tax.

they all smoke MMJ now

I say 99 percent of facts are bull.