By News Staff on December 1, 2015 in Obituaries

Leola Maeola Timmerman fell asleep in Jesus on November 28, 2015 at the age of 90 in Bishop, California. 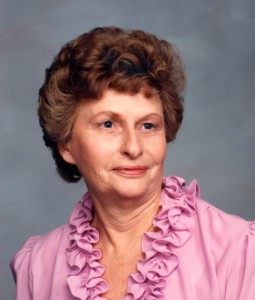 She was born on September 18, 1925 in Marion, Iowa. Leola along with her sister Marie was raised in Michigan by her parents Levi and Beulah Bridgman.

She married Gerald J. Timmerman on February 18, 1944. They were then sent to Bremerton, Washington where Gerald worked in the ship yards during the war.

Their first son Gerald (Jerry) was born there. After the war they moved to Glendale, California. They later moved back to Michigan where their second son, Kenneth was born.

They then returned to Glendale, California where Leola served as the food service director at Glendale Adventist Academy for 25 years.

After retiring they moved to Hesperia, California until Leola moved to Bishop four years ago to be closer to her oldest son.

She was preceded in death by her husband on the same date in 1991. Leola is survived by her sister Marie Magstadt of Victorville, California; her two sons Gerald (Jerry) Timmerman of Bishop, California and Kenneth Timmerman of Delta, Colorado.

Her family remembers her as being thoughtful and attentive and always looking out for the comfort and care of others. She enjoyed camping at the beach and hosting family get-togethers.

The family gratefully declines flowers and donations but prayers, condolences and memories are gladly accepted.