With time running out, Inyo’s Board of Supervisors opted to funnel grant funds to a shovel-ready project in Lone Pine rather than Big Pine’s Veterans’ Path. 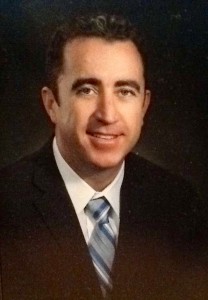 Supervisor Mark Tillemans agreed the funds had to go to the Lone Pine, but he wasn’t going to give up on the Big Pine path. “This is not a dead project,” Tillemans said. “I’ll keep trying to get this done, but I see the trend.”

The funding source is through the Great Basin Air Pollution Control District earmarked for projects reducing dust pollution. The path, on Los Angeles Department of Water and Power land, ran from the end of Big Pine’s sidewalk to the veterans’ memorial at the corner of U.S. Highway 395 and State Highway 168. Negotiations between Inyo and LADWP over easements, purchase and licensing got complicated.

The funds have been sitting for four years following a series of extensions. In early February, an alternate project, paving the parking lot at Lone Pine’s Veterans of Foreign Wars, building was suggested.  The Board directed staff to try one more shot at negotiations and ask for one more extension.

LADWP rejected the County’s proposals and zoned in on the $1,416 annual license fee with a 3-percent adjustment each year and additional adjustments every five years based on fair market analysis. CAO Kevin Carunchio figured the worst-case-scenario over the 30-year term of the agreement: the final year could cost the County $23,829.32–$22,000 more than year one. There were just too many uncertainties with the proposal Carunchio told the Board.

“They should take market value and throw it out the window,” he said. “It shouldn’t come into the discussion. We’re not a for-profit, we’re supposed to provide services.”