Faced with nearly 50 community members and staff during the open session of last Friday’s meeting, the Board of Directors of the Toiyabe Indian Health Project came out of a two-hour closed session to announce they will be meeting with suspended Chief Executive Officer David Lent this Friday. 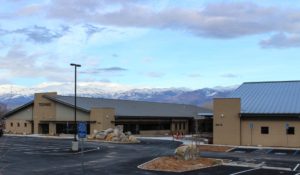 Chairman George Gholson announced he would be seeking legal advice and the decision on Chief Operations Officer Rick Frey and Chief Financial Officer Mary Daniel will be made by the CEO—whoever that may be.

The board that suspended four administrators July 14 explained they didn’t have the authority to deal with employees below the level of CEO.

There is obviously no guarantee Lent will retain the title, but at least the board will be talking to him, 56 days into what was to be a 60-day suspension, without pay.

The meeting got off to a rocky start. Big Pine representative to the board Dave Moose asked that the public comment period be stricken from the agenda since the discussion on the suspensions was to take place in closed session. A vote was called and the public was allowed to comment with only the Big Pine members voting to strike the comment period.

Staff members had been told by interim CEO Cynthia Stone they weren’t allowed at board meetings. There was some confusion as to what the policy cited by Stone actually was or how to access the board’s policies and procedures.

Regardless of policy, staff members opted to stay and comment, apparently knowing they were risking their jobs.

Noting the turmoil since the suspensions, Dr. Tom Boo urged the board to communicate with staff, to let them “know their concerns matter. Toiyabe is in jeopardy,” he said.

The consensus of those who commented was simple: the new clinic was in trouble, issues and politics had to be put aside for the sake of the community’s health care. As Chuck Schneider said, “put aside the political issues. My health care is in your hands.”

Melvin Joseph of the Lone Pine Paiute-Shoshone Reservation asked the board “to do the right thing for our people.”

Diane Hart brought up the grant funding for Toiyabe. “If we lose grants because somebody didn’t know what to do, that will jeopardize the whole operation.”

Kris Hohag whose father had been a doctor at Toiyabe urged the board “to take the time to see what’s going on. This clinic is vital; we can’t afford to go backwards…. Toiyabe is supposed to be a place of wellness.”

Medical Director Nancy Fong told the board the suspensions and aftermath “have raised uncertainty about our ability to continue to provide services.” She asked the board to bring in a third party mediator to resolve issues.

That suggestion was repeated by Coco Sky, a nurse at TIHP. Speaking in the lilting Native American cadence, Sky told the board “we have the ability to do so much if we work together. We have to walk this path together.”

As the board went into closed session, staff members returned to work, not knowing if their jobs were secure and roughly a dozen community members waited for the board’s decision.

Considering rumors the board meeting was called to officially fire those suspended, the news of this Friday’s session with Lent was good news.