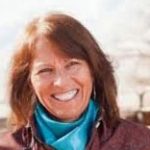 There’s going to be a runoff in the Inyo County District Four Supervisor’s race between Jen Roeser and Donald Bright in the November. Neither candidate broke the 50 percent, plus 1 rule where an election ends with the primary, eliminating a November runoff between the top two candidates.

Roeser had 512 votes and Bright had 489 out of the total of 1,234 ballots cast. To have won outright, a candidate would have to have had 617 votes plus 1. Deena Davenport Conway received 233 votes.

The Fourth Inyo County District is the second largest supervisorial district in Inyo County. It stretches from Wilkerson just south of Bishop to the Big Pine, Deep Springs, Aberdeen, and Independence.

Jennifer Roeser of Independence is married to Lee Roeser, and she is a well-known businesswoman and community volunteer, very active in Mule Days and a host of other local non-profit organizations.

Considering how close the election was, it should be an interesting contest. Both the Roeser and Bright family names are well-known in the Fourth District.

According to Inyo County Registrar of Voters, Kammi Foote, voter turnout in Inyo County in this primary election was 68 percent, which as it turns out, was the highest in the state.

The Presidential election in November should, if anything, bring out more voters. In 2016, the voter turnout was 73.8%.