Inyo County and area Native Americans are headed toward officially consulting on matters that impact area Tribes. The County’s draft policy and protocol for those consultations was introduced at the Board of Supervisors’ September 15 meeting where a few snags in the road popped up: the definition of “consultation” and the Brown Act. 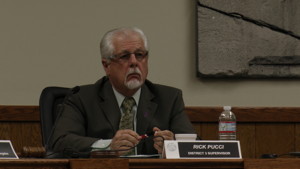 In their comment period prior to opening the public comment period, the Supervisors expressed optimism that a policy would be developed for consistent, well-defined consultation. “We need communication,” said Supervisor Rick Pucci, “so we can resolve issues before they become issues.” “I would like us to have a relationship where we don’t even know we’re consulting,” added Board Chairman Matt Kingsley, “like in Lone Pine. The Reservation is part of the town.”

Raymond Andrews, tribal historic preservation office for the Bishop Tribe, opened the public comment and quickly burst the supervisorial bubble, objecting to the concept of “commenting” on the draft policy. “We want to sit down and has it out. We want to be at the table when decisions are being made. We want you to sit down with us. Now we’re just commenting.” While many Tribal members agreed that the County’s draft policy did go beyond what is required by California law, all agreed with Andrews’ idea of being included in discussions, early and often. “We asked (to meet with) the Supervisors,” said Roberta Hunter from the Big Pine Owens Valley Paiute Tribe, “and we got Kevin (Carunchio, county administrative officer).”

The Supervisors explained that the draft policy was just that, a draft, a starting point for discussion, “something to throw rocks at,” according to Supervisor Dan Totheroh. Rocks were thrown.

Kingsley was sympathetic with objections to providing comment on work already in progress, a position, he said, the Supervisors were often in with Forest Service and other federal agencies’ planning and environmental documents.

“The Brown Act prohibits us from having more than two Supervisors at the table for discussions,” Pucci said. The Act also sets out formal notification and agenda requirements.

The problem is simple: the Brown Act is 62 years old; Tribal protocol for discussing and resolving issues is significantly older.

In a phone interview, Andrews described quarterly meetings with federal agencies, the Forest Service, Bureau of Land Management and Park Service. “Those are true consultations,” he said, as opposed to formal meetings or information gathering sessions. “We were the first at the table,” Andrews said of meetings with AB 52 sponsor Assemblyman Mike Gatto’s legislative aide. But, those scenarios don’t come under the purview of that pesky Brown Act.

In reference to the idea of “intergovernmental” consultation, Andrews said the Tribe’s sovereignty puts them above the status of a governmental agency. Historically, Tribal decisions were arrived at through discussion among the key players with the final decisions vetted and approved by the Elders. “The Elders were women,” Andrews said. “The wives had to give their approval.”

“We want an open dialogue,” he said. “We want this to happen.”

A major issue with area Tribes is the confidentiality of cultural resources, a way to protect their history. According to Pucci, disclosure of cultural sites in environmental work done by a non-local consultant for a recent solar energy project “woke us all up.”

Tribal representatives at the September 15th workshop wanted as many workshops as it took to develop the protocols. Supervisor Mark Tillemans was nervous about “as long as it takes.” “We have to get somewhere at some time,” he said.

The next workshop on the draft policy will be held at the Board’s October 20 meeting.

This is a Good step forward. So lets move forward without letting “the way it was” get in the way. Yes, Tribes deserve to be at the table! Tribes should always have a say when any plans, production or activity may potentially affect them or their sovereignty in anyway, and… Read more »