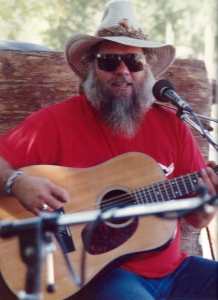 Jerry owned and operated Horton Bros. Painting for 44 years.  He loved fly-fishing Big Pine Creek, backpacking the backcountry to fish for golden trout, riding Harley Davidson Motorcycles and restoring classic cars, hot rods and playing guitar.  Jerry’s love of music extended throughout his entire life.  In the early years his music was enjoyed at numerous venues and celebrations up and down the valley, the most memorable time during these years was with The Bottom of the Barrel. Jerry also led worship for 25 years at local churches where he was honored to share his love of Jesus thru music. Above all, Jerry loved his family

Jerry is now at peace and is home celebrating with his precious Lord and Savior, Jesus Christ.

Should friends desire, in lieu of flowers, memorial contributions to the Big Pine Fire Department may be sent to P.O. box 382, Big Pine, CA 93513.

We work to provide daily news to all of the Eastern Sierra, in the tradition of Eastern Sierra News Service and the Sierra Wave. We bring you daily happenings, local politics, crime, government dealings and fun stuff. Please contact us.
View all posts by News Staff →
New twist to candidates’ forum
Mono Supervisor candidates on change
4 Comments
Newest
Oldest Most Voted
Inline Feedbacks
View all comments

(08-01-2016) I was speaking with a friend about ‘great painters’ I’d known and remembered Jerry. But could not recall his last name so that was how I found out he passed. Jerry painted my motorcycle back in ’89-90. I drove the parts up from S. CA. What a guy he… Read more »

Recently, I learned of my friend Jerry’s passing. I remembered immediate the good times we had with our nice cars and chopper motorcyles. I also remembered he and his brother Jim buying the first Chevy Monzas in town, and custom painting them the the unusual colors of pearliest white. That… Read more »

Jerry Horton…a man’s man, for sure, but undoubtedly, a great man to everyone who was blessed to know him. One who lived his life as the man God created him to be. An original…a Masterpiece. Remembering him today brings tears to my eyes. Tears for the joys I had when… Read more »

Godspeed. Good to have met you Jerry.