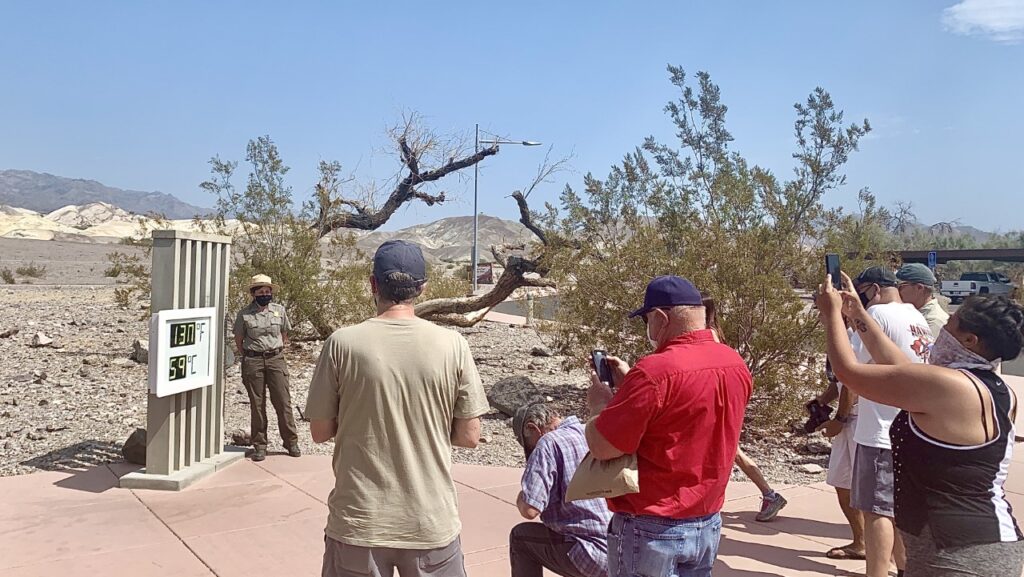 DEATH VALLEY, CA – Over the summer of 2020, numerous heat records were broken, as the park experienced what may be some the hottest days ever recorded on Earth. 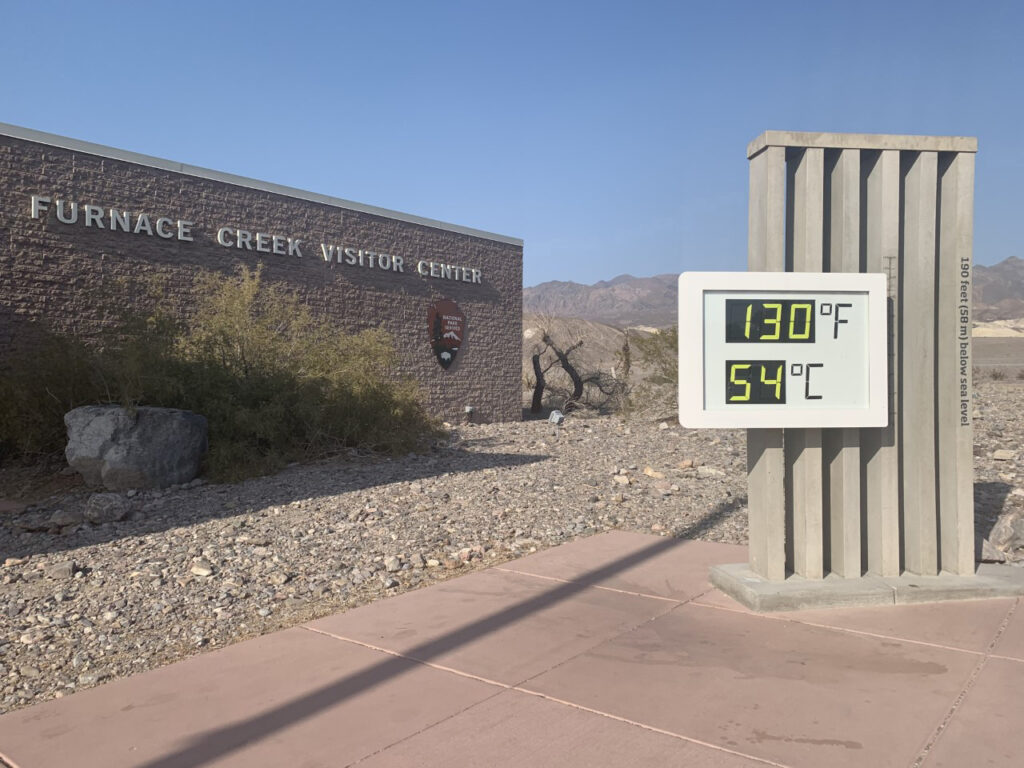 Living in such an extreme environment requires certain precautions and adjustments for park staff and the local communities:

“Death Valley National Park is known for its extreme temperatures, and this year certainly didn’t disappoint when it comes to heat!” said Superintendent Mike Reynolds. “It is exciting to live and work in a place that is literally the hottest place on Earth. I’m proud to work with a resilient team of employees who have chosen to embrace the heat and carry out the mission of the National Park Service here.”

Heat tourism brings visitors to the park to experience these extreme conditions. With this there were multiple search and rescues, and tragically also visitor fatalities where heat was a likely factor. Limiting time outside of air conditioning to just a few minutes at a time can help lead to a safer summer visit.

As we move into the fall season and other areas of the nation start cooling down, we would like to remind visitors that Death Valley National Park is still seeing temperatures over 110 degrees, and the park usually continues to have temperatures in excess of 100 degrees well into October. Trip-planning resources can be found on the park’s website to help visitors plan and prepare for safe and memorable visits to the park.

Death Valley National Park is the homeland of the Timbisha Shoshone and preserves natural resources, cultural resources, exceptional wilderness, scenery, and learning experiences within the nation’s largest conserved desert landscape and some of the most extreme climate and topographic conditions on the planet. About two-thirds of the park was originally designated as Death Valley National Monument in 1933. Today the park is enjoyed by about 1,700,000 people per year. The park is 3,400,000 acres – nearly as large as the state of Connecticut. Learn more at www.nps.gov/deva.