By News Staff on July 10, 2012 in Government Agencies/Utilities 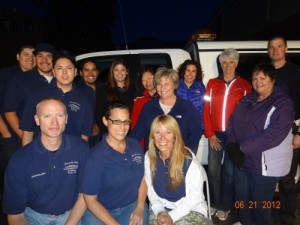 We work to provide daily news to all of the Eastern Sierra, in the tradition of Eastern Sierra News Service and the Sierra Wave. We bring you daily happenings, local politics, crime, government dealings and fun stuff. Please contact us.
View all posts by News Staff →
Mammoth Chamber news
CALTRANS, signs and realtors
1 Comment
Newest
Oldest Most Voted
Inline Feedbacks
View all comments

Congrats to the graduating class of the MLCPA Class #3. Wasn’t that an incredible, worthwhile course? Hope you all enjoyed it as much as Fred and I did! Sadly, until the TOML’s financial situation improves there will not be another class like this sponsored by the PD. B. Richter MLCPA… Read more »