Raymond Garcia, Jr. of Bishop is an adorable four-year-old who has already faced greater challenges every day of his life than most of us will face in our lifetimes. 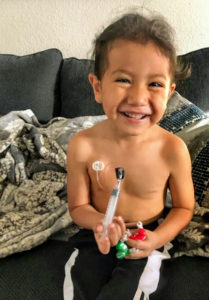 Raymond Garcia, Jr. holding his medication delivered to an IV port on his chest

Raymond has hemophilia, specifically Type A, which is a very rare, inherited bleeding disorder in which blood cannot clot normally at the site of a wound or injury. It mostly only affects males. If bleeding, whether internal or external, cannot be brought under control, it is life-threatening.

“He is a very positive and cheerful little boy. His condition does not limit him from doing anything,” says his mother, Stacy Yarcho. “We (she and his father, Raymond Garcia, Sr.) try to let him be who he is.”

That does not mean that they don’t take precautions. Whenever Raymond is with other adults and children, his parents make sure everyone knows of his condition and to exercise caution. 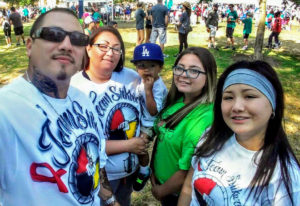 Raymond Garcia, Jr., with parents and other family in Los Angeles

As with any typical, active 4-year-old boy, Raymond loves roughhousing, tee-ball, and soccer. He attends Headstart preschool and he wants to grow up to be a police officer.”

In many ways, while Raymond is a very normal child, but he is also extraordinary in that, his mother says he is the only child in the area with the condition. She and his father receive support through a network at the Hemophilia Foundation of Southern California. Her objective is for people here in the area to have an awareness of their son’s condition. 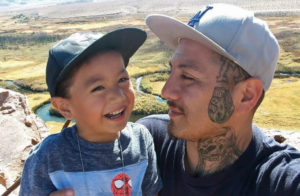 Raymond Garcia, Jr., with his dad.

Hemophilia occurs because certain blood clotting factors are missing or do not work properly. Because a clot does not form, extensive bleeding can be caused from a cut or wound. Spontaneous internal bleeding can occur as well, especially in the joints and muscles.

Hemophilia is usually diagnosed at birth, as was the case with Raymond when, at 9-days-old, after receiving a circumcision, the wound would not stop bleeding after a couple of hours. He had to be sent to Loma Linda University Children’s Hospital and then later, Children’s Hospital Los Angeles.

Raymond with his dog Yuhubi

In and out of the hospital more than ten times in his short 4 years of life, Raymond’s last visit was six months ago when he was hospitalized for four days with an elbow bleed.

Raymond takes Advate, an IV medication through a port surgically implanted in his chest. He takes it every other day, three times a week. It is used to temporarily replace the missing factor VIII, a protein (clotting factor) that is normally in the blood that allows it to clot, and the bleeding to stop. He also occasionally uses an oral medication specifically for mouth bleeds when they occur.

If just being brave and adorably cute were the only conditions to living a completely healthy life, Raymond would be a poster child for health. Sadly, he isn’t. 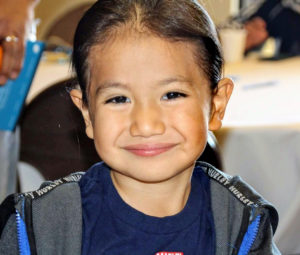 Raymond lives every day with a life-threatening condition. But despite that, he is a really a wonderful little boy who enjoys life and is much-loved and cared for by those around him.