By News Staff on January 21, 2014 in Government Agencies/Utilities 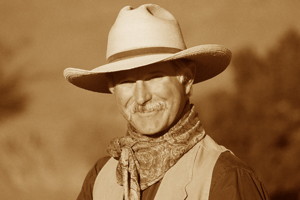 With a nod to its roots, The Bishop Mule Days Celebration is pleased to announce the line-up for its 2014 concert.

Award-winning cowboy entertainer Dave Stamey will headline the concert with nationally-known cowboy poet Baxter Black serving as the opening act. The concert is set for Thursday, May 22, 7:30 p.m.in the Charles Brown Auditorium.

Dave Stamey’s official biography says he has been a cowboy, a mule packer and a dude wrangler. Truth is he is now one of the most popular Western entertainers working today.  He has been twice voted Entertainer of the Year, three times Male Performer of the Year and twice Songwriter of the Year by the Western Music Association, and received the Will Rogers Award from the Academy of Western Artists. He has delighted audiences in 14 states, and has previously performed at Mule Days as the headliner for the Opening Night Supper.

Baxter Black is no stranger to Mule Days either. His last appearance was in 2005 when he headlined the Opening Night Supper and served as the opening act for then-concert artist Chris Cagle. A former large animal veterinarian, he has traveled the U.S. and Canada for the more than 25 years, scattering his wit and left-handed observations to folks looking for a bright spot in their day. Black’s humor has lent itself to the sale of more the one million books, plus the airing of weekly radio and television programs, and a nationally syndicated magazine and newspaper column. 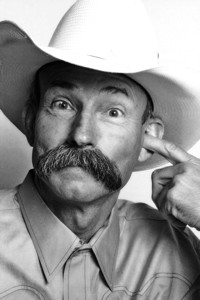 Samples of both men’s work are readily available on YouTube, Vimeo and a host of other video sites.

Celebrating its 45th year – and with its 50th Anniversary looming, Bishop Mule Days organizers opted for some introspection as plans for 2014 came together. “For the past couple of years we’ve felt a strong desire to re-connect with the event’s western heritage,” spokesperson Barbara Laughon said. “We started the ball rolling last year with the initiation of the youth passport program, ‘I Want To Be A Packer,’ and by all accounts, it was a quite a hit. So we began looking at other event aspects, and the concert seemed like the next logical step.”

Moving the concert back into the Charles Brown Auditorium will once again free up the arena for expanded mule shows, and it will also allow Mule Days to present a more intimate concert setting.

“Seating will be limited to 800,” Laughon said. “This is not the concert setting we offered in the ’90s. We’ve re-structured the layout so that the concert stage will run along the auditorium’s north wall and the seating will curve around the edges of the stage. All in all, it’s the perfect setting for performers like Dave Stamey and Baxter Black, who both enjoy interaction with their audiences.”

Those looking for that interaction with the performers will want to consider purchasing VIP tickets. The tickets include preferred seating plus a meet-and-greet reception with the headliners prior to the concert. Hors d’oeuvres will be served and participants will receive a photograph to preserve the memories made.

Tickets for the concert and all the Mule Days events go on sale Saturday, Feb. 1st, 8:30 a.m. at the Mule Days office and online.

The Bishop Mule Days concert is presented by Justin Boots and KIBS-FM, 100.7 FM.

FANTASTIC! Great to her that the Mule Days organizers are going back to the event’s roots. I heard lots of negative comments from locals who tried to attend the last few years’ concerts, only to leave after a short time due to the noise and “rock” genre music. Looking forward… Read more »