By News Staff on July 26, 2014 in Government Agencies/Utilities, Law Enforcement

On July 26, 2014, at approximately 7:45 PM the scene on United States Highway (US)-395 was rendered safe by emergency crews after being closed due to an earlier incident that involved a hazardous material spill from a commercial motor vehicle.  At approximately 8:30 PM US-395 opened to through traffic.

Hwy 395 is still closed to ALL northbound and southbound traffic from SR 270 (Bodie Road) to Hwy 182. Due to the location of the spill, there are no alternate routes around the spill to take traffic around this closure. If you are traveling north of Bridgeport, in the Nevada area, there are detours available. It is unknown as this time how long the road will be closed. If you can avoid this area, please do so.

This is a Hazmat spill of roughly 30 gallons of hazardous chemicals. It is estimated to be about a 20 foot by 30 foot spill on the ground along Hwy 395. Crews are on scene and an out-of-area Hazmat company is enroute to help with the clean-up effort.

There have been no injuries in this incident but the driver and two others were exposed to the hazardous chemicals. They have been transported to a local hospital, evaluated and released.

The residents of Bridgeport that live around the spill site have been evacuated and a shelter has been opened at the Bridgeport Elementary School. 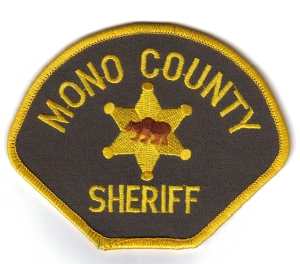 My thanks to the rangers at the Mono Lake Visitor Center. We were caught on the south side of the closure. We turned around and went to the center for advice. The ranger told us about the spill and showed a way to get around it (by going east to… Read more »

“Organic Fertilizer” really, is that what everyone that worked that mess was told to say?

United Nations HAZMAT Class 5 Oxidizing agents and organic peroxides http://en.wikipedia.org/wiki/HAZMAT_Class_5_Oxidizing_agents_and_organic_peroxides Please feel free to contact the CHP office in Bridgeport if you have any questions we can answer. Respectfully, “Terry Ferkel,” I am curious if you read through the information provide above or any of the provided links to… Read more »

“Sierra Lady,” Ma’am, you are welcome and it is my pleasure. I know many people think of the California Highway Patrol (CHP) as just a red light in their rear view mirror. We are that, and I am proud of the manner in which our personnel professionally conduct enforcement contacts… Read more »

The red light in the mirror could also be slowing me down for a hazard on down the road. Thank you to the CHP and to LT RDC for keeping us all safe on the highway and for the info posted here . Your primary job and tasks may not… Read more »

Thank you Lt. R. D. Cohan for that thorough and detailed reply with all the pertinent information. I was at a wedding in Mammoth that had been delayed as they waited for some of their guests from Reno to arrive via the detours. When one gentleman arrived after being in… Read more »

My wife and I were driving the 26th on Hwy 395 south from Minden on our way to Lone Pine when we noticed some signage saying that the roadway was closed 8 miles ahead, we still had not crossed the Cal/Nev State line. The next sign said to detour to… Read more »

Good maps are very useful during vacations…SR202 through Yerrington…to Hawthorne….plenty of signs….ive done it dozens of times. Or just get out and ask someone.

Tony you’ve done it plenty of times, it was our first time and there were lots and lots of signs, but not many detour signs and we really didn’t know that we were supposed to go in the direction of Hawthorne. Hopefully we won’t have to do it dozens of… Read more »

sheesh people. The driver was carrying a mixed load when something started spilling out of the vehicle. Did you expect him to expose himself to the hazardous substance longer so that he could clearly identify which barrel was leaking? My understanding is that two LEO’s driving by had to go… Read more »

Also, the Sheriff’s Office confirmed none of the spillage got into any of our waterways. BK

Sugar, all our comments came after the road had been opened and declared safe. My brain says that in order to clean up they had to have identified the substances. No one criticized the driver or responders. Relax.

Manifests & placards certainly should be with the truck/driver. Why so secretive about was spilled? Has Virginia Creek, or Green Creek or Willow Springs been fouled/compromised? Inquiring minds want to know,… Bennett?

“Norm Olson,” there was no effort to be secretive, please just give us some time to get all the correct information together. Many of the responding personnel were assigned to this incident for 12+ hours. After that we have to get them home for a shower, some sleep and some… Read more »

I’m really stupid yet not stupid enough to carelessly and unknowingly move a volume of hazardous material down the same corridor that supplies water to millions of people. I will however try to maintain a level of stupidity that reinforces the belief that everything is OK and Government has fixed… Read more »

A few more details would be nice!

“Trouble,” please see above….I did my best for being on vacation and out of the office.

Wow LT, my comment came first, but you hold rank.

“Trouble,” you are right, I apologize. Your post was eight hours before the post by “Heh?.” When I logged on to Sierrawave.net the post from “Heh?” was at the top. Again, my apologie, please consider my response to “Heh?” to be to both of you. Please don’t for a second… Read more »

LT I don’t care what I say about ya, your alright!

Good evening, everyone! Hwy 395 is now open to all traffic. All responding agencies thank you for your patience in dealing with this spill, road closure and detours throughout the day. Please continue to travel safely!

Why are the substances unknown? Are not Hazardous Materials manifested and placarded for transport?

Heh?, at the time of the press release, the substances had not been identified. When a gasoline tanker drives by you on US 395, you should see a red placard indicating hazard class three (flammable and combustible liquids) and United Nations (UN) number 1203 indicating the truck’s cargo tanks contain… Read more »

Thanks Lt.
My question/comment was made in response to the road open announcement. Is it safe to assume at that point the materials had been identified in order for the road to be cleaned and declared safe?

“Heh,” Yes, all involved materials have been identified and my understanding is that all clean up was completed Saturday night.

Thanks for the detailed response.
Hopefully it will satisfy the impatient armchair quarterbacks amongst us.