The Eastern Sierra got either a peak of or another tease from the promised Godzilla El Nino over the weekend, but this week it will be the politics of water at center stage. 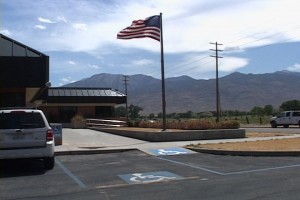 The Technical Group meets this afternoon at Los Angeles Department of Water and Power’s Bishop office (1 p.m.) with a full agenda.

At the top of that list is an evaluation of existing conditions. While snow pack measurements in the Sierra range from 107 to 115 percent of normal, before this past weekend’s storm, conventional wisdom has put the drought-busting number significantly higher, and over consecutive years, by the final run-off predictions in April.

After taking a serious beating last spring for not preparing for the abysmal snowpack numbers, LADWP has requested the Inyo County Board of Supervisors allow the Standing Committee the “authority to reduce water for irrigation and enhancement/Mitigation projects.”

The idea is that Los Angeles and Inyo County “plan for and implement water conservation measures now … in the event that less-than-normal conditions continue.”

The Standing Committee, made up of City and County representatives, each side with the power to negate any motion, meets in Independence next Monday.

The Board of Supervisors will discuss the request at tomorrow’s meeting as a 1 p.m. timed item.

Other items on today’s Tech Group meeting include a discussion of the two wells in the gravel pit north of Bishop. Originally classified as modified wells, W385 and W386 were “permanently” shut off nearly 30 years ago after causing serious damage to vegetation in the Five Bridges area.

LADWP initially proposed modifying the wells to tap into deep aquifers, then classified them as new wells, part of the 15 allowed by the Long Term Water Agreement. The reclassification sets in motion the requirement for California Environmental Quality Act analysis.

In addition, the Group will discuss updating the Five Bridges Area Mitigation Plan, evaluation of the other new wells, two in bishop, one in Bell Canyon north of Big Pine and a replacement well in Laws.

E/M projects have been hot topics at Water Commission meetings over the last year. At its January 27 meeting, the Commission identified the McNally ponds and pasture as a top priority.

According to Chairman Mike Prather, the 300 acres of pasture were scheduled for irrigation and the 60-acre ponds were to receive water in the fall and winter for water fowl. “In the 25 years since 1991, the project hasn’t received water in 17. Four years, McNally received adequate water and four years, water was reduced,” he said.

For some of those years, Inyo County agreed to reductions.
The Commission also took a hard stand on new LADWP wells, passing a resolution that the County not approve any new wells until LADWP’s existing obligations are met.

The Commission will host a field trip to the Five Bridges mitigation area Wednesday, Feb. 10.