The opening public comment portion of Monday’s Technical Group meeting set the stage for what is often a cursory meeting of the minds of Inyo County and Los Angeles Department of Water and Power technical staffs. 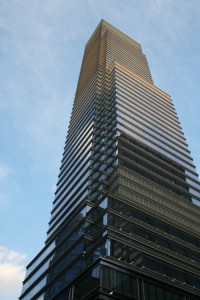 Daniel Pritchard objected to LADWP’s reactivation of two wells near Five Bridges now classified as W385R and W386R. The two wells were permanently shut down as part of mitigation measures addressing the damage done to vegetation. “The Long Term Water Agreement outlines the procedure to rescind the prohibition of 385 and 386,” he said. Basically, turning the wells back on requires backing through the procedure that declared they would be permanently shut off in the late 1980s.

LADWP modified the wells in 2013 to pump water out of deep aquifers, rather than the shallower aquifers that lead to the loss of native vegetation south of the Owens River. The wells were initially used to dewater the gravel pits and send water to the Aqueduct. The item on the agenda was a request to proceed with a two-month pump test as part of the California Environmental Quality Act initial study.

During discussion of the item, Inyo County Water Director Bob Harrington agreed with Pritchard’s analysis of rescinding the permanent shut off status. “The LADWP Board of Commissioners and the Standing Committee have to agree to change the mitigation measure,” he said.

Harrington made the point that the 27-year effort to mitigation damage in a 300-acre parcel had to be successful before turning the wells back on could be seriously considered. The lack of success at Five Bridges has been a bone of contention for a long time.

A revised Mitigation Plan for Five Bridges was also on the agenda. Water Department staff received the draft plan late Friday afternoon and hadn’t had time to review it.

LADWP Aqueduct Manager Jim Yannotta said Los Angeles never agreed to a permanent shut off of the two wells. “We will be complying with CEQA and the Long Term Water Agreement that no significant damage (will result from activating the wells) that can’t be mitigated.”

According to Yannotta, in their previous lives, W385 and W386 pumped at a rate of 16.5 cubic feet per second and were run simultaneously to dewater the gravel pit. “We sealed the upper portion and the capacity of the wells is 2.5 cfs. In response to the Technical Group and the public, we classified the wells (from modified to new) to see the impacts.”

Harrington asked if the revised 385 and 386 wells would be used on Enhancement/Mitigation projects. LADWP’s Dave Martin wasn’t sure. “That hasn’t been discussed,” he said.

Things didn’t go much better for LADWP during the discussion of two new wells in Bishop and one west of Big Pine, all three among the 15 new wells approved by the LTWA. The department staff will be meeting with County Water Department staff to discuss requests by the County to ensure protection of private Bishop wells. The County is still looking at the pre-construction evaluation on the Big Pine well, slated to provide water for the Big Pine ditch system. Alan Bacock with the Big Pine Tribe of Owens Valley reminded the department that monitoring wells were promised between the new well and the reservation. “There are no monitoring wells, no baseline data. This is disheartening. Promises from LADWP are not fulfilled. Trust is established over little things, over time.”

According to LADWP’s Saeed Jarot, monitoring wells will be installed before operation of the new Bell Canyon well.

LADWP’s Eric Tillemans started the meeting with a rundown of projected runoff, prior to last weekend’s snow storm. While rainfall the valley is below normal, snow surveys in the Eastern Sierra are at an average of 71 percent of normal. “That number could be 15-20 percent higher with the recent storm,” he said.

This led to Yannotta’s request that today’s Board of Supervisors meeting support “reasonable reductions” in irrigation and E/M project water “in an amount to be determined by the Technical Group should conditions dictate such action.”

“This probably will not be well received by the Board (of Supervisors),” Harrington said.

The Supervisors will discuss the matter as a time-certain item today, not before 1 p.m.

The Standing Committee meets next Monday, Feb. 8, at the Board of Supervisor Chambers in Independence at 1 p.m.

The Water Commission is planning a field trip to the Five Bridges mitigation area on Wednesday, Feb. 10.

During the Five Bridges fire a sturdy ember arrived burning in my yard on Howard street. I am guessing mine was not the only errant ember. Someone was outside to notice and extinguish it promptly. That area was not always a tinderbox of crunchy vegetation.

If you need help with the standoff Inyo I’ll stand with ya too.
It is time to stop DWP! =

All the Owens Valley water should stay in the valley until it can be proven that all past damage to the valley is fully mitigated. DWP should fix everything it did that lowered water tables, dried up springs and wells. And it is not okay to stop or slow down… Read more »

Although Dan has come close to driving me nuts on to many environmental subjects over the years. I have to aplod his effert here. Believe it or not we do have some legal water rights up here and someone needs to stand up against DWP. I am frustrated with the… Read more »

What part of “permanetly shut off” does LADWP (Yannotta) not understand? Of course they want to horse trade by threatening to reduce rancher’s water allotment. It has been suggested for years that LADWP promote “conservation of water usage” or invest in sea water conversion, instead of overpumping wells and drying… Read more »