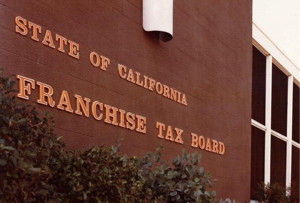 The Franchise Tax Board (FTB) announced it is holding more than $16 million in returned state income tax refunds. $2,700 of that belongs to 11 Inyo County people. $4,700 in refunds belongs to 33 Mono County residents.

According to the Franchise Tax Board, in 2013, nearly 48,000 personal income tax refunds, ranging from $1 to $54,000 were returned by the US Postal Service. The vast majority of refunds, nearly 45,000, are for $1,000 or less. Taxpayers who moved and failed to update their addresses are the main reason refunds are returned.

Updating an address can be done through the Access Your Account feature on FTB’s website. FTB reissues returned refunds automatically once a new address is received.

According to John Barrett with the Franchise Tax Board, “Direct deposit is the way to go to avoid this problem, but if you’re owed a refund, as soon as you update your address, we’ll re-issue that check.”

Taxpayers expecting a state refund, or unsure if they received their refund, can access FTB’s Check Your Refund Status. This service is available in both English and Spanish.

FTB encourages taxpayers to use direct deposit when filing their tax returns. The Board says direct deposit is a fast and secure method to receive your tax refund within days rather than waiting weeks for a paper refund. Last year, more than 6 million California taxpayers received more than $6.2 billion directly into their bank accounts through direct deposit.

For more information on other taxes and fees in California, visit taxes.ca.gov