By News Staff on May 15, 2012 in Government Agencies/Utilities 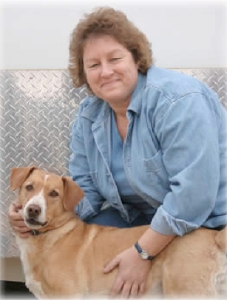 Lydia Hiby says she can communicate with pets and large animals.

Jay Leno, David Letterman and major network news channels have featured Lydia Hiby as an Animal Psychic. Top newspapers have also covered her animal communication talents. The LA Times quoted Hiby as admitting some people are skeptical but the Times wrote, “Plenty of people are believers, enough to keep Hiby busy conversing with horses, dogs, cats, boa constrictors and even a tarantula.”  Hiby will come to the Eastern Sierra this week.

On her website, Hiby explains that she asks animals about issues by “sending pictures to animals who send pictures, emotions and physical sensations back to her. Hiby reports concerns to the pet and animal owners.

She has worked with local pets and their owners to figure out illnesses.  Hiby says she can “work as a detective of the last piece of the puzzle.”  She says that many times a behavior problem is more than that.  Other contributing problems could include diet, environment or a medical problem.

Hiby has worked with local animal owners in the past, and she will be available Friday, May 18th in Bishop, Saturday in Mammoth Lakes and Sunday back in Bishop on large animals.  For info, call 760-784-1010.  She invites skeptics to let her prove her skill.