The T-Bar Social Club and Mono Market have forged a partnership to produce a monthly world music show featuring bands that will perform a diverse range of musical genres. The mutual goal is to bring global rhythms to our local community. 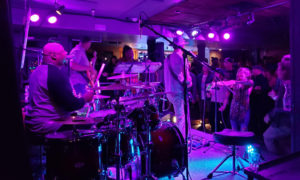 “With every turn, paddle stroke, and pedal push I make here in the Eastern Sierra, I’ve got an African beat in my head,” said Chris Lizza, CEO of Mono Market and former host of KMMT’s High Sierra Rhythm Safari. “With the T-Bar Social Club’s intimate venue, supreme sound system and commitment to the community, I feel that we have a great opportunity to get people dancing together to a universal beat.” 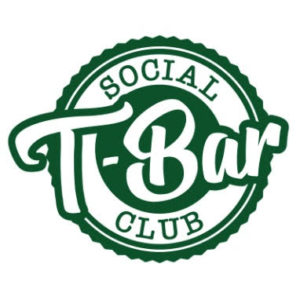 Kicking off the World Rhythm Music Series on Friday, June 13 is Ricardo Lemvo and Makina Loca. Hailing from Zaire in Northern Angola and growing up in Democratic Republic of Congo, Ricardo and his band will bring an afro-cuban-rhumba-salsa dance party to June Lake.

Following up on Saturday, July 13 is SambaDa, who are widely known as the West Coast’s best Brazilian dance band.

“When Chris approached us with the concept to host more world music, we were thrilled at the idea.” said Jamie Schectman, T-Bar Social Club President. “Our Talent Buyer is lining up some other exciting global acts that you wouldn’t typically expect to see in June Lake.”

Over the next year, the World Rhythm Music Series will showcase one multi-cultural musician or band each month.

About Mono Market: For 95 years, the Mono Market has served its community as a full-service grocery store. The Mono Market presents an eclectic assortment of goods at fair values in a clean, friendly environment with roots reggae streaming through the aisles every afternoon.Located in Lee Vining on Highway 395, the Mono Market’s motto is to Think Global and Shop Local