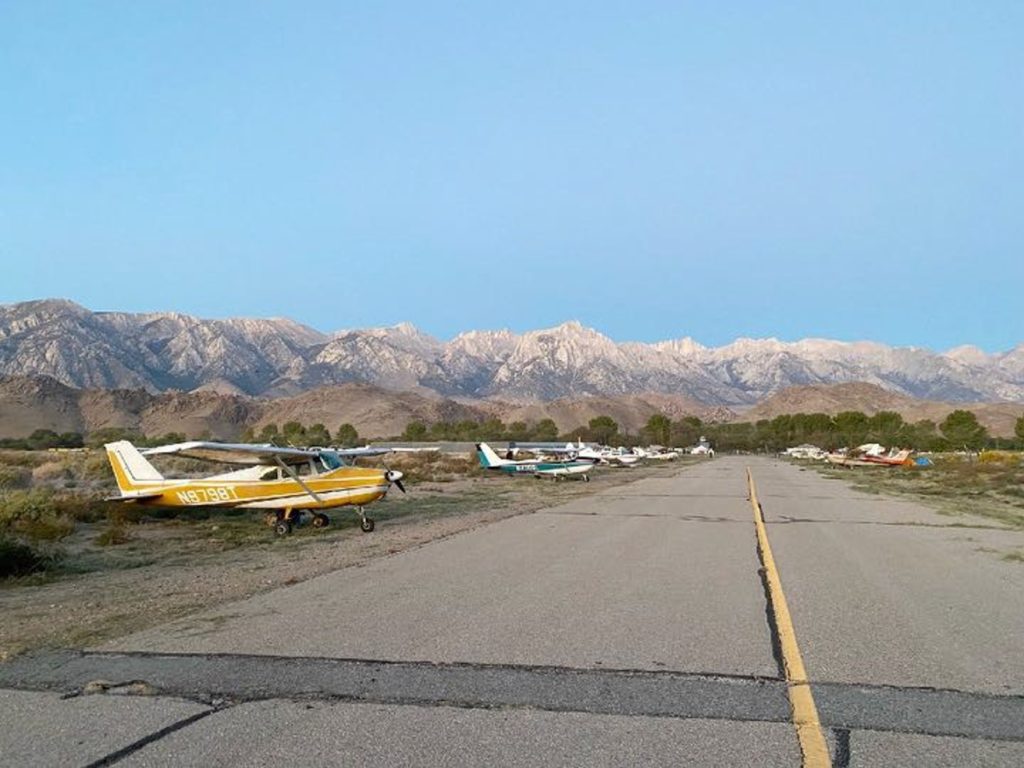 INDEPENDENCE – The Inyo County Board of Supervisors on Tuesday praised the work of the fledgling Friends of Lone Pine Airport to revitalize the Southern Inyo aviation facility and bring visiting pilots to the area.

Anna Schaad Montgomery, a founding member of Friends of Lone Pine Airport, treated the Board to a slideshow and presentation that recapped its recent Third Annual Backcountry Fly-In and Taildragger Jamboree at the Lone Pine Death Valley Airport. The event was held Oct. 14-16, and brought in as many as 45 planes from as far as away as Nebraska and Wyoming.

Montgomery said the pilots and their families represented a broad cross section of ages and
occupations, from Cal Poly Tech students and even aviation enthusiasts in the 9-13 age range, to a freshly commissioned Naval officer, engineers, flight instructors, and farmers.
According to Montgomery, $7,680 of fuel was sold and $909 in tie-down fees was collected for the County, on top of the thousands of dollars participants spent at local motels, restaurants, food trucks, and shops.

A writer and chief photographer from the Aircraft Owners and Pilots Association came all the way from Maryland to capture the event as it unfolded. A feature article in the AOPA magazine is forthcoming and videos of the fly-in have been posted to
YouTube at https://www.youtube.com/watch?v=rYXomVPTQjg.

While the fly-in is quickly becoming a favorite among backcountry pilots and gaining widespread publicity, it also continues to pique the curiosity of locals and travelers alike.
“We had so many people come from off the highway to check out what was going on,” Montgomery said. “To see our little airport full of super cool planes is really thrilling.”

Founded in 2020, Friends of Lone Pine Airport wants to build sustained interest in the facility – and aviation in general
– while preserving and highlighting the airport’s long history, which Montgomery continues to research. The group has set its sights on numerous improvement projects to aid in its goals.

Just in time for the fly-in, the Friends completed restoration of the Lone Pine Death Valley Airport’s outdoor public bathrooms which, according to Montgomery, have not been in use for nearly 25 years. She said the project was made possible by the hard work of Brian Forbes, with assistance from Joost Van Starrenburg, the County, and a grant from the Recreational Aviation Foundation.

Future projects include a mural on the outside of the restrooms, a new roof for the terminal building, stripping and restoring the terminal’s exterior, and upgrades to the interior.
“The airport is vital to the rural community of the Southern Owens Valley,” Montgomery said. “For medical life flights, of which there were 105 in the first three quarters of 2022 alone, to mountain rescue, to firefighting operations, to gliders seeking out the legendary Sierra Wave; for backcountry aviators and civil aviators, coming here to fly in some of the most spectacular terrain to be found; for geological surveyors and DWP contractors, the list goes on.

“For all of these reasons we believe the Lone Pine Death Valley Airport needs to be – deserves to be – restored,” she continued, “to preserve the incredible aviation history here and to bring this little gem into the 21st century, to look forward to the dreams and aspirations of future generations.”

Supervisors Matt Kingsley and Jennifer Roeser, who represent the Board of Supervisors on the Southern Inyo Airport Advisory Commission, were among the supervisors singing the group’s praises. “We really do appreciate your group,” Kingsley said, with Roeser adding, “Your enthusiasm is so welcome and appreciated.”

For more information about Friends of Lone Pine Airport, the Lone Pine Death Valley Airport, or how to donate to the cause, visit https://flpa.squarespace.com/. 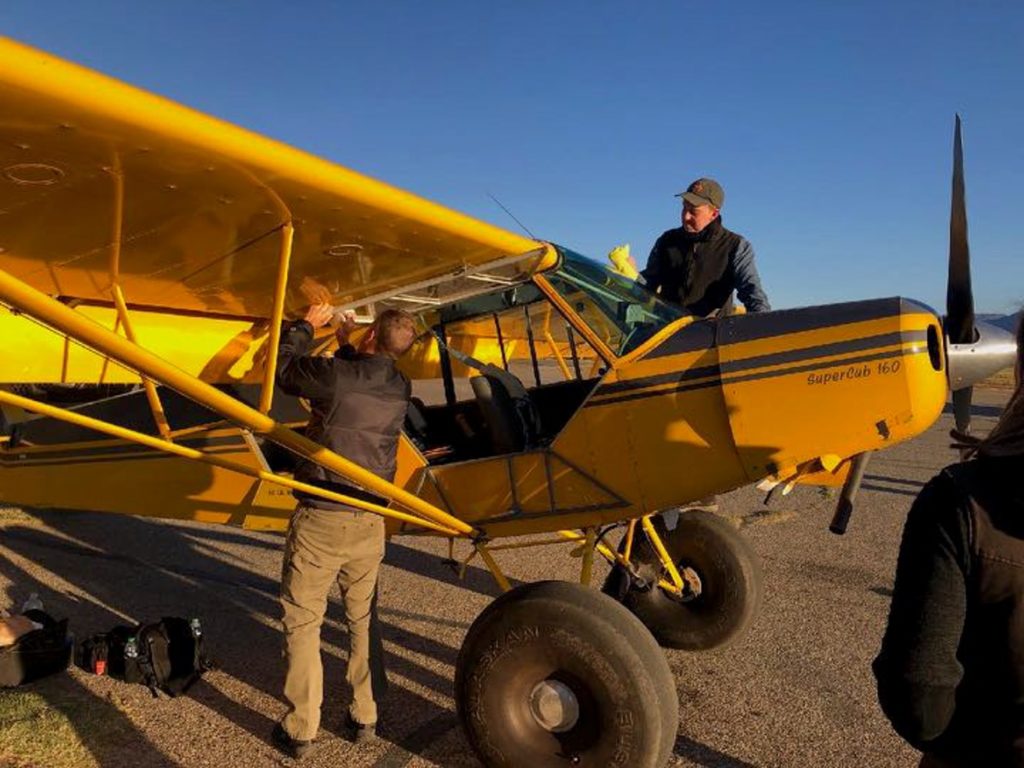 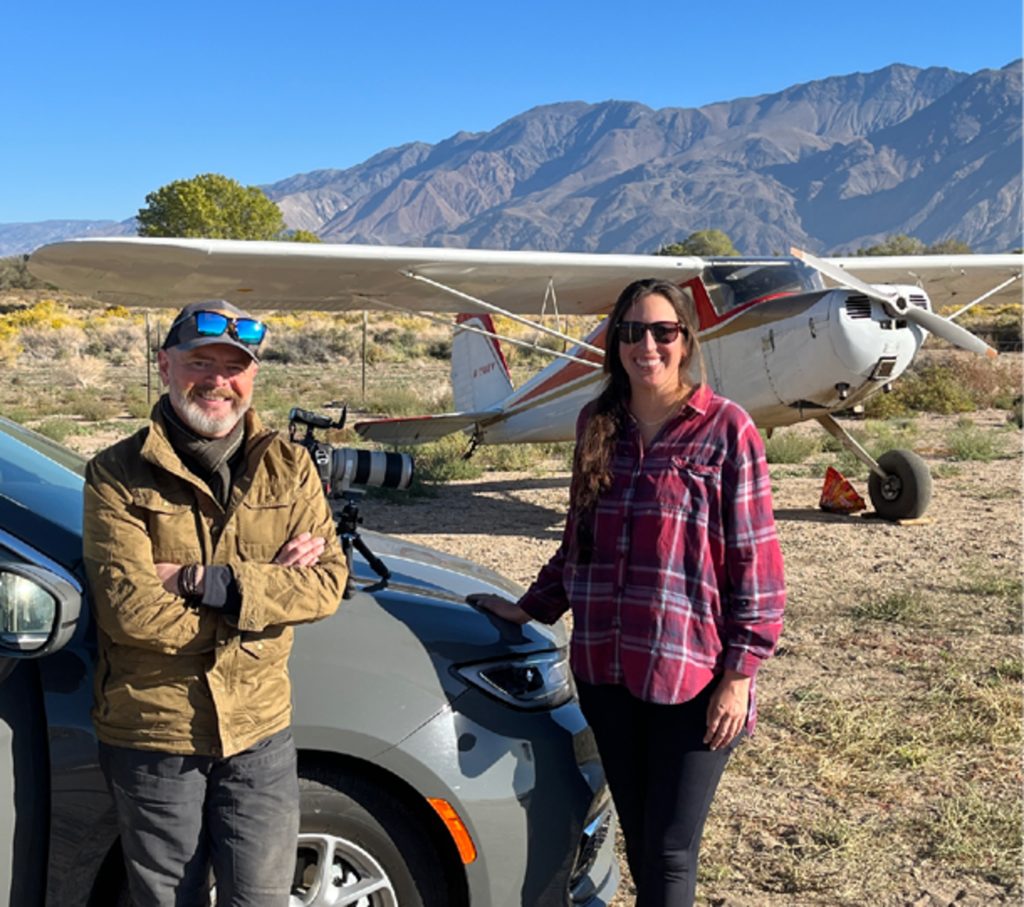