One of the earliest environmental victories in the effort to preserve the Sierra Nevada’s wild lands was achieved by an unusual coalition of back country pack outfits, business owners, wilderness advocates and decidedly conservative politicians, namely former California Governor Ronald Reagan and President Richard Nixon. 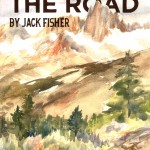 Starting in the 1920s, state and federal transportation experts had been drawing plans and making proposals to punch highways through the Sierra. In time, 10 of the planned roads were actually built. But by the 1950s, residents of the Sierra started to question the benefit of such roads when compared to the damage they did to the stunning, once-pristine Sierra backcountry. That opposition crystallized in the 1950s and 1960s around the proposed Trans-Sierra Highway, which would have run from Mammoth Lakes west by Devils Postpile and through a corridor of National Forest land south of Yosemite National Park to the Central Valley.

Opposition to the planned road, which was proposed to be an extension of I-70, or at least a significant state highway, was widespread in the Mammoth area and the Eastern Sierra. Years of debates and legislative action and revisions keep the idea alive until the grass-roots effort to block the road succeeded in 1972.

Author Jack Fisher traces the history of that impressive struggle in his latest book, “Stopping the Road: The Campaign Against Another Trans-Sierra Highway.” Fisher will give a talk and sign copies of his new book at the Eastern California Museum on Saturday, August 23 from 1 to 3 p.m. The museum is located at 155 N. Grant St. in Independence, call 760-878-0258 for more information.

Since its release earlier this year, Fisher’s book has been praised as a well-researched work that clearly and succinctly tells the story of what is now called one of the earliest and biggest environmental victories in the state. The highway fight also inspired other grass-roots environmental battles, including the successful effort to expand federal Wilderness designations in California, which occurred in 1984, under President Ronald Reagan. That Wilderness bill put the proposed road corridor in a new Wilderness area, which finally closed the door, once and for all, on the idea of the trans-Sierra highway.

“The struggle of an unusual coalition of activists is wonderfully told in ‘Stopping the Road.’ It should be required reading for all who love the High Sierra,” noted Carl Pope, past director of the Sierra Club.

David Livermore of the Nature Conservancy, added “Stopping the Road’ is a remarkably well-researched accounting of a landmark environmental victory. It tells us how perseverance in the struggle to protect natural lands can block a divisive road in its tracks.”

While the tussle over the road had state-wide and national implications, it remains a local story for the Eastern Sierra, and one filled with familiar names and faces. Here’s a partial list of those involved in the debate: Mammoth Mountain founder Dave McCoy; two generations of the Roeser family, Lou and Marye, and a young Lee; Genny Smith of Mammoth; Ike Livermore, the Eastern Sierra native and packer who became the director of the state Resource Agency; Bob and Jean Tanner; Bob and Peggy Schotz and many more.

Fisher meticulously tracks the progress of the road, at the federal, state and local level, and the growing opposition to the planned road. The exhaustive public debate and years of conflict came to a head during Gov. Reagan’s well-orchestrated back-country horseback tip in 1972. Reagan surveyed the proposed road route in person with an entourage of local packers and concerned citizens. He then declared the road would not be built, and later that year President Nixon took action to formally kill the road plan.

The book contains many first-person accounts and uses original documents to tell the story. In addition, a selection of official correspondence, maps and photos help illustrate and flesh out the saga.

Fisher is a physician and college professor who, in his retirement, earned a master’s degree in U.S. Political and Economic History. “Stopping the Road” is his third narrative history, which he describes as “a labor of love for California’s Eastern Sierra.”

Join author and historian Jack Fisher and other champions of the Sierra wilderness as they tell the story of stopping a trans-Sierra highway that would have altered the wilderness experience in the central Sierra for future generations. The program will begin Friday at 7:00 p.m. at the Mammoth Lakes Welcome Center auditorium and will last approximately 45 minutes. All presenters will be available for questions afterwards. Eastern Sierra Interpretive Association will host a book signing following the event.

Beginning in the 1950’s, representatives from Fresno, Madera, and Merced counties began lobbying for a trans-Sierra highway that would run from near Fresno through the Reds Meadow Valley to Mammoth Lakes. Local packers and wilderness advocates recognized the impact that this highway would have on the local community and the surrounding wilderness landscape. Join Jack Fisher, the National Park Service, and local packers and wilderness advocates as they tell first hand stories of the heroic battle to stop the highway and save an important part of the Sierra wilderness.

Terrific lecture tonight at the Mammoth USFS auditorium this evening, but too bad for the small turnout though. Really enjoyed seeing the author’s guests again…Jean Tanner and Mary & Lou Roeser! What a fascinating part of our history. Bought the signed book, but Jack signed it again to my husband… Read more »

Is his program in Mammoth the evening of the same day as in Independence (8/23)? That part of the press release is not clear. I’d like to attend the Mammoth program, but if it’s on the 23rd I will be volunteering/working at the Southern Mono Historical Society’s Old Timers’ Day… Read more »

I just called the museum, and they said the Mammoth presentation is tonight at 7pm, not Saturday. I have clarified the press release online. Thanks for bringing this to our attention. BK