July 22, 2015 – Mammoth Lakes, CA.  Mammoth Lakes Repertory Theatre’s Playwrights Unit presents a staged reading of, “STIRRUPS,” an original play by Mammoth Lakes local, Stacey Powells at the Edison Theatre on Tuesday, July 28, 2015 @ 7PM.  Admission is free. The Playwrights Unit has been unofficially in operation for several years, introducing members of the community to original works where they are invited to share feedback with the writers. 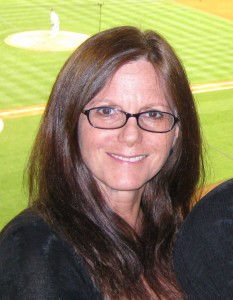 “This is the first official Playwrights Unit presentation,” stated Artistic Director Shira Dubrovner.  “Stacey has contributed to the theatre in various capacities over the last years behind the scenes.  I’m excited to share this experience with her, providing her with the opportunity to hear the play read by actors.”

Powells, who has been a public speaker on the radio for over 10 years as well as a columnist, journalist, and now a wedding officiant, envisions STIRRUPS as a blending of “Same Time, Next Year,” meets “The Vagina Monologues.” STIRRUPS the Play has nothing to do with horses. It is every woman’s story about lust and betrayal, grief and accountability. It is a two-act journey that both mourns the loss of innocence and celebrates aging gracefully as someone who has been in the stirrups can understand.

“I’m excited to hear the words spoken out loud,” stated Powells.  “It will be exciting to hear it somewhere other than in my head.” 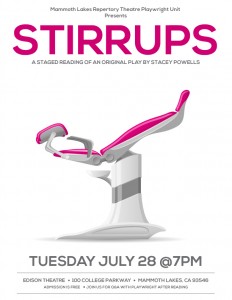 The story begins as Elyse Marks, at just 15 years old, is forced by her mother to go to her first gynecologist appointment with the “new-doc-on-the-block,” Dr. Steve Sheldon. Her mother, Beatrice Marks, does not want her daughter to get pregnant so it’s time for the diaphragm! Dr. Sheldon continues to be Elyse’s “go-to” doctor throughout her life.  Over the course of the next 50 years, two acts, and many gynecological appointments later, she confesses intimate details about her private life to Dr. Sheldon and Nurse Carol. Bits and pieces of all their lives slowly begin to unravel. Safe sex, pregnancy, divorce, menopause, and eventually a disease that slowly deteriorates the doctor who Elyse has grown to adore and trust, all take place around the office where the use ofstirrups is just an exam room away. 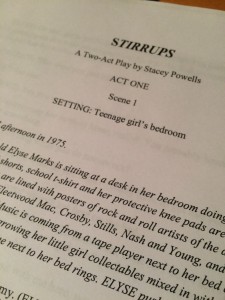 Additional information about the show and the entire Mammoth Lakes Repertory Theatre season can be found at MammothLakesRepertoryTheatre.org