The Forest Service has received $3 million in federal stimulus money which, with complications, should allow the troubled Lake Mary Road bike path project to be completed. 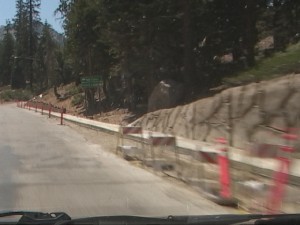 Due to what Town Manager Rob Clark describes as a strange bureaucratic quirk, the money for the project cant be passed directly to the Town to finish the job, but instead the Forest Service will have to take over the remainder of the project.

Its a bit of a mess to sort out, but after all the financial trouble this project has seen so far, Clark calls this stimulus good news and is confident that the bike path will ultimately be finished as planned.

We work to provide daily news to all of the Eastern Sierra, in the tradition of Eastern Sierra News Service and the Sierra Wave. We bring you daily happenings, local politics, crime, government dealings and fun stuff. Please contact us.
View all posts by News Staff →
Small Fire Near Mammoth
Cottonwood Plaza Listed to Sell for $1.95 Million