Some new information has become available in the deaths of two men in December in Mammoth Lakes. 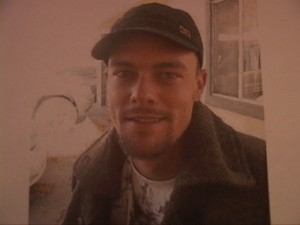 The death of 27 year old Dylan Foster of Bishop during a visit to Mammoth Lakes remains a mystery. The young man died at a home on Crystal Lane in early December. He was found in bed, not breathing, and rushed to Mammoth Hospital where he was pronounced dead.

On another death, that of 59 year old Geoff Carreiro, Mono Sheriff’s spokesmen said that the long-time local Mammoth man had “high levels of alcohol in his blood” and that his cause of death is “attributed to exposure to the elements.”

Carreiro’s body was found in the parking lot of Shady Rest Campground in the snow. Sheriff’s spokesmen said they still don’t know exactly what happened. They only know that the alcohol and the elements were “contributing causes to his death.”

Carreiro had worked for the Forest Service for 15 years as a snowmobile and off road patrolman.

We work to provide daily news to all of the Eastern Sierra, in the tradition of Eastern Sierra News Service and the Sierra Wave. We bring you daily happenings, local politics, crime, government dealings and fun stuff. Please contact us.
View all posts by News Staff →
Cottonwood Plaza and Park Smoking Ban at The Bishop City Council
Inyo Officials Brace for the State to Go Broke