Kenneth Rossy’s attorney appeared at the settlement conference last Friday at the Independence Courthouse, but no settlement was conferred and no trial date set for Rossy and his wife, Dawndee, in the couple’s embezzlement case. 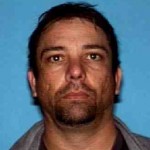 The Rossy’s were arrested two years ago and charged with 135 counts including embezzlement of $1.5 million from the Inyo County Department of Health and Human Services.

Presiding Judge Phillip Argento granted Kenneth Rossy’s request to release Gerard Harvey from the case. Following a discussion in chambers, Argento explained that efforts were already in motion to replace Harvey. He also set an April 15 date for a counsel status check and a court appearance in Independence on Thursday, April 23 for “an amended complaint and other matters.” 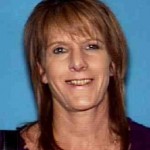 Following the court appearance, County District Attorney Tom Hardy explained the amended complaint basically was a “cleaning up of the charges” against the Rossys.

The last trial date, Oct. 6, 2014, was vacated when Dawndee Rossy released her lawyer and requested a court-appointed attorney. Late last year, the DA’s office was anticipating a spring trial date.

Can you tell us what happened last week in court?

Deb Murphy reported: Mammoth Lakes attorney Gerald Mohun will represent Kenneth Rossy when he and his wife Dawndee go to trial on embezzlement charges While no trial date was set at the Rossy’s most recent court appearance, appointed Judge Phillip Argento expects to pick a date at the next court… Read more »

I have read all of the above comments and some if not most are correct. Inyo County has been the good Old Boys for so long that the individuals living here don’t even pay attention any more. I to think, that someone in the Director’s Office of Health and Human… Read more »

Kate; And a really good chance of surveillance cameras capturing him allegedly using those welfare debit cards making purchases……if so,OUCH to his defense,if he’s going to plead not guilty…. that is,if this ever does go to trial in his or our lifetime.

ticked- your point is well taken, however your looking at this case as a third party. you knew you were guilty, but you dont know if they are. only they know the truth. which brings up another aspect. why is the Mr. being charged? he did not work for the… Read more »

According to the paper Mr. was in possession of some welfare debit cards from the county and has used them for purchases. Guess he’s allegedly guilty of spending some of the ill gotten funds. And drug possession.

If Mr. Marsh didn’t work in law enforcement he would have been charged also….plain and simple. Your wife doesn’t come home with a extra 500 grand and not notice, duh.

In our Constitution,and the 6th Amendment,all accused have the right to a speedy-trial,within 6 months of indictment.That’s what I would have done with this one,for a lot of reasons IF I were innocent.But if I was worried I’d be found guilty,what I would probably do is release my lawyer as… Read more »

Who said the Rossys are the ones putting it off! When was the last time you went to court? Their attorney is suspended from practicing the law in California. That is a problem….duh

Maybe it’s just me,but if I were arrested for these crimes and were facing a trial, and I were innocent,I wouldn’t keep dragging it on with these delays,switching attorneys,etc.If I were innocent,I’d not only want to clear my name ASAP,but also want to prove to everyone ,family,friends,neighbors I did not… Read more »

OK OK OK I GIVE all you haters are right. Forget the constitution and your right to a fair trial. I’m going on the TICKED OFF BIG TIME band wagon!! You opened my eyes TICKED OFF This is outrageous! GUILTY TILL PROVEN OTHERWISE!!!!!! LOCK EM UP NOW!!! THANK YOU TICKED… Read more »

Ticked off
Reply to  High Water

“Not one person was affected by this crime. Nobody was out any money, everyone still got paid, no programs stopped running, and nobody’s tax liability changed. Now, lets take a look at the money that continues to be spent on their defense. That money happens to be 100% county money…straight… Read more »

Ovgurl
All I can say to that is Huh??? You’re embarrassing yourself.

Ticked off bigtime; And on top of that,probably LIVING off that $$$$ right now while they keep getting the trial delayed….What a Country !!!

The Law is the Law. And they broke it. Obviously there was enough evidence to go to a trial, so yes, now it is a matter of innocent until proven guilty. But according to your logic we should pick and choose which laws should be enforced? Or tried? And I… Read more »

Call me fruity but I haven’t seen anywhere on here were anyone said it’s ok to embezzle. What’s funny is people like yourself who read more into something that’s not true I just believe in our Constitutional rights. they have plead not guilty and until they either change there plea… Read more »

It always amazes me how people can ramble on about something, that happens to relate to absolutely nothing that anyone has commented on thus far. Dee, as I read the comment you responded to I have to ask you 3 things: How did you determine that any part of what… Read more »

Is this the best that the Inyo County district attorney can do? For 2 years these two have been able to live a normal life with no repercussions. Criminals must know that this is the place to commit a crime and have the taxpayers foot the bill while the court… Read more »

Let me get this straight … The County should be embarrassed to prosecute people that only stole state and federal monies? It is okay for these people to steal but someone suffering from drug addiction that makes off with a few items in an unlocked car should be serving time?

The Aggressive Progressive
Reply to  ovgurl

Hailey I read your text this morning and all I can say is Bravo! Everything you said was fact! My faith in people is once again restored. Thank you!!!! Don’t worry about the haters. Eastside Bum and ticked off are uninformed and funny! Literally made me laugh out loud!! dear… Read more »

Thanks high water. There are still a few people in this world with some intelligence. I have worked county government for 15 plus years. Ive seen it all. County officials, drawing enormous salaries, the ones that hold a position of trust more so than than any other employee, ensuring the… Read more »

Low water…I am aware of the bail system, but I’m also aware there are ways around certain legal procedures. Lawyers are your best friend when you need one, and can be your worst enemy when they’re against you… Judges can do whatever they WANT. If Rossy 1 and 2 are… Read more »

I’ve said this before and I’m gonna say it again. They stole (accused of) over a million dollars. WHERE did they get their bail money ??? They both should have been cooling their heels in the county lockup since the day they were arrested. Back in the 70’s, I drove… Read more »

Why do they even bother with this one anymore…really… Usually when this type of thing happens over and over again,it’s a high-priced lawyer hired by either a sports star,a celebrity,or someone with a lot of money able to keep getting delays year after year,or getting off with no charges or… Read more »

OK…..as I follow this story I have to ask…Just how much of the taxpayer’s money is the county going to spend to try and convict these folks. The money taken was not county money It is handed down from the state and federal governments. (who steal from every one of… Read more »

You stated “nobody was out any money”, and “not one person was affected by this crime”. I strongly disagree, and so do the taxpayers & and law abiding citizens of California & The United States.

You may disagree till the cows come home. A fact is a fact. Plain and simple. You should be disgusted with the appointed officials who are running your county.

You two are just delaying your prison time which is where both of you are going to end up. Heck if you had plead guilty you could already have served about 2 years of your sentence.