Raymond Bencoma was sentenced today by the Inyo County Superior Court to 141 years, 4 months to Life  in prison.  The Honorable Brian J. Lamb ordered the sentence after today’s hearing.  Mr. Bencoma will be transferred to the reception center of the California Department of Corrections and Rehabilitation as soon the necessary court documents are prepared. 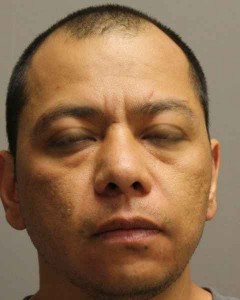 On September 6, 2017 an Inyo County Jury convicted Mr. Raymond Bencoma of four counts of felony assault with a firearm arising out of an incident that occurred in the early morning hours of August 26, 2016.  Under California law, these charges are classified as serious felonies.

The District Attorney’s office had argued for the term, based on the severity of the charges, the number of victims, and Mr. Bencoma’s lengthy, serious criminal history (including three prior “strike” convictions)

District Attorney Tom Hardy stated “The Court made the right decision.  Obviously, this was a horrible situation and there is nothing good that could have come of it, but the law enforcement agencies handled the matter with the utmost professionalism and the jury entrusted with the case found the Defendant guilty beyond a reasonable doubt.  The Court carefully examined the sentencing factors, and did the right thing.”

The case against Mr. Bencoma was successfully prosecuted by Assistant District Attorney Dee Shepherd.  The case was originally investigated by the Inyo County Sheriff’s Department, with the assistance of the Bishop Police Department and Inyo District Attorney Investigators.

I don’t know enough about this case to have an opinion but what I do know is that the judicial court system in this county is indeed a joke! Here its who you know and who’s your friends in the court circle of in yo. County are. There is no… Read more »

LowInyo- He was found NOT GUILTY OF ASSAULT ON A PEACE OFFICER!!!! Not by one jury, but two. If you take the LEOs out of the equation….. and to be unbias lets put you in rays shoes. There you are when four unidentified persons come onto your property in the… Read more »

stoopid…….FOUND GUILTY OF ASSAULT WITH A FIREARM….and that assault was on the officers..and I can’t put myself in his shoes for this incident…I’m not a felon…and if I were,probably wouldn’t be in possession of, and waving around a firearm,let alone a STOLEN firearm…I probably wouldn’t be sneaking around at 3… Read more »

Donald Salec…..If we don’t like the justice system we got know,I say let’s go back to how it was in the 1800’s…do something dumb or stupid,and especially if you keep doing it year after year,hurting others,or worse…a trial in the next few days…if found guilty of the serious crimes…murder,rape,serious assaults,numerous… Read more »

If you don’t like our justice system try the one in China. Some US athletes are looking at 10 years for shoplifting. Some Chinese citizens are sentenced to a bullet in the back of the head with no appeals.

Our justice system is a joke

Not debating on what he did or did not do or if he’s guilty or not because it doesn’t matter now, but I will say this. Regardless, I will never trust the Inyo County Justice system. If you’ve been in it, or had family members in it, you know it’s… Read more »

If the people of Inyo County had more faith in our justice system up here, we wouldn’t be debating this right now.

Drifter….somewhat agree and disagree with you there,if it matters any…I know of people that had terrible childhoods and early lives,and they turned out good…and others that had good up-bringing,but turned out like crap,When someone reaches a certain age,usually early 20’s or so,time to forget the “blame-game”,if you’d gotten into trouble… Read more »

Our life paths are not driven by choices alone. Circumbstance also contibutes heavely. There is no dispute that Ray has endured harsh circumbstances in his life. No doubt he has made some very poor choices along the way. Like many of you, he has children, brothers, sisters, cousins, family, friends… Read more »

Well, I for one, feel safer…I am glad the LEO’s who were involved got to home to their families and we are not feeling bad because another officer was shot. I am sorry for the family, but then they knew him, and still stick up for him….even after this, with… Read more »

ISLAMIC TERRORISTS who have murdered dozens of Americans have been given Amnesty by X President Obama from GITMO , And are back home .
And this poor fool gets 141 years for waving a gun around and getting shot by INYO Sheriffs .
INSANE.

And far far more are randomly murdered by their own fellow Americans, while DT, the GOP and the NRA keep fighting to ensure that everyone has unfettered access to firearms. They like to claim these murderous acts are simply a mental health issue. Yet when it comes to having access… Read more »

Charles. How would more gun control have helped ?. This man was not allowed to possess a weapon just like the majority of people convicted of gun related crimes. BobK

@BobK, My comments were admittedly off topic for this particular article. They were loosely directed at INYOFACE’s Islamic terrorist remarks and to the recent mass murders of our citizens by gun toting Americans. Our GOP leaders have demanded “extreme vetting” for those entering our country that they view as a… Read more »

Bob K. If he was in possession of a gun, wouldn’t the gun have his finger prints?? Correct. But as the specialist said up on stand, there were no p

All i can say is WOW! This is not justice. It is injustice. You all seem to have forgot there was two mistrials. I want to know how many of you posting here, were in the court room. How many of you, sat along side myself and several others, and… Read more »

The way the DA and Police handled this case, I would be surprised if he doesn’t win a appeal. I still think he is going to sue the county.

….knowing the way some try to “work it”,I’m sure your right about some of that…doubt an appeal will work,but surely still “family plans” with a County lawsuit.and some trying to maybe get free money coming their way..

People who are violent offenders do not get 33% time ,they do 85%

Well serving the 4 months part of his sentence should be an easy stretch.

You can send him a postcard to….
The SHU
Pelican Bay State Prison
Crescent City, CA 95531

He did not even hurt anybody, not this time anyway. Sure there was the little girl he let drown , but he paid for that crime already , if you lunatics remember correctly this time he was a Felon in Possession of a firearm and he was the one who… Read more »

INYOFACE……true,convicted of felon in possession of a firearm….but also convicted of the heavy charge that brought on the big time prison sentence…..that being assault on the LE Officers..with the firearm.

…KARMA……a life of crime,getting away with years of criminal activity with little more than a slap-on-the-wrist penalties….thumbing his nose at society with his behavior..finally getting his due….and surely coming soon,probably right here,those saying how unfair this sentence is “for this child”,how he’s been “picked on ” his entire life by… Read more »

Here’s for all you Sorry A## People that just sit there and judge my child’s father when in reality, you all probably don’t know him, let alone met him. If you knew him you would say different. Stop judging others cause that’s not your purpose here on Earth. Leave it… Read more »

Arielle, I do feel and pray for you and your family, you are blinded by love so it must hurt a lot to know somebody you love will be in prison for the rest of their life. But know that Ray and only Ray chose that path, also know he… Read more »

What’s the matter with people?

THE MORE YOU KNOW….

I stand corrected, I’m not familiar with the justice system

The guy probably belongs in jail. But I’m not sure justice was fairly served here.

Your future awaits you, Mr. Bencoma . You chose to take the path of a criminal and were given too many 2nd chances in the past. You are finally done victimizing the good people of the Owens Valley. When that Department of Corrections bus pulls up to the front gate… Read more »