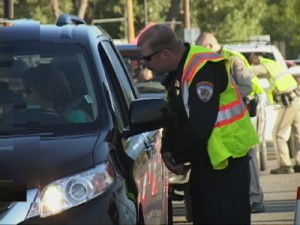 A new State of California survey shows that more drivers tested positive for drugs that may impair driving than for alcohol. Locally, Mono County District Attorney Tim Kendall said that “Although no surveys of this kind have been conducted in Mono County, we are seeing a similar upward trend in the number of cases we now file.”

According to the California Office of Traffic Safety, the first-ever statewide roadside survey of alcohol and drug use by drivers revealed that drugs which can impair driving were found in one of every seven drivers. The State press release says 14% of drivers tested positive for drugs and 7.3% for alcohol. Of the drugs, according to the State, “Marijuana was most prevalent at 7.4%, slightly more than alcohol.”

The State Director of the Office of Traffic Safety, Christopher Murphy, said, “these results reinforce our belief that driving after consuming potentially impairing drugs is a serious and growing problem.”

Another statistic revealed that in 2010 in California, of drivers who were killed in traffic wrecks, 30% tested positive for legal and/ or illegal drugs – a percentage on the rise since 2006.

Can’t be talking about driving under the influence of marijuana…. hard-core pot-heads claim there is no such thing…and insist driving while high on pot not only cures cancer,but it actually makes you a BETTER driver….

What a waste of money this survey is.

Maybe these roadside surveys could also count the number of drivers with cell phones within reach. Cell phones “may impair driving”. Burger and burrito wrapers in the car are also evidence of potentially impaired driving. Oh, and a nagging spouse riding shotgun would be a definite distraction and impairment to… Read more »

……And despite these statistics, alcohol and drug related traffic accidents are down statewide and nationwide.

The problem isn’t growing .. it has always been there, it is just that it is being exposed more by law enforcement which is getting much more controlling. but then there is soo much more crap that people do now days, it’s no wonder they have to be controlled. The… Read more »

So 21.3% of all drivers are breaking some law. That should give Mammoths police something to do.