Valley agriculture got its second reprieve Thursday. Irrigation water will continue to flow through July when the Los Angeles/Inyo County Standing Committee will reconvene, July 24, to evaluate how much more water can be allocated to farmers and ranchers. 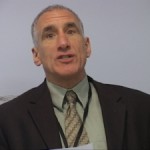 The next goal is to extend irrigation through August by achieving significant water savings on the Owens Lake dust mitigation project but those savings depend on a variance hearing. According to rancher Mark Lacey, irrigation through July and into August is the critical time period for local agriculture.

As if a sign from Mother Nature, the Standing Committee meeting ended at 2:30 p.m., in the middle of light rain fall.

Starting at 16,500 acre-feet available this irrigation season, that number has risen steadily. Like manna from heaven, May storms delivered an additional 3,000 acre-feet in Crowley Lake, according to LADWP Aqueduct Manager Jim Yannotta. That’s the number Yannotta said could be added to irrigation water totals.

As of Thursday, Crowley stands at 103,189 a-f, 2,000 more than the reservoir held in early May when the Los Angeles representatives were reluctant to commit draw-downs for irrigation for fear of falling below the 80,000 a-f mark held for emergencies.

Once the Memorandum of Understanding parties sign off on the Stipulation and Order an additional 4,000 a-f will be freed up. According to Inyo County Water Department Director Bob Harrington, “we’re 85-percent there. There are still discussions over wording and monitoring requirements.” Once all the parties sign off, the reductions in flows in the Lower Owens River Project and to the river delta will go into effect.

However, Yannotta pointed out the anticipated water savings dwindles by 400 a-f each week the Stip and Order is unsigned.

The committee voted to support LADWP’s variance from the Great Basin Unified Air Pollution Control District for an additional 3,500 a-f water savings. Yannotta said the department hopes to get an early July hearing date. “We’ll realize the water savings from October through January,” said Marty Adams, LADWP’s senior assistant manager for water systems. “But we can use that water (for irrigation) in July and August.”

The California State Lands Commission and Department of Fish and Wildlife “still have to be heard from” on the Great Basin variance Adams said.

While the County representatives were sent into the Standing Committee meeting with the direction to hold to a 20% irrigation reduction (or 39,500 a-f), no specific number or percentage was set or could be set until Great Basin grants a variance.

“Each month we get a better idea (of water usage and availability),” said Yannotta. “We need more data to change the numbers.”

In a motion made by Los Angeles and agreed to by the County representatives, anticipated water savings on the lake will apply to irrigation only through this year. Supervisor Matt Kingsley warned the committee that as the eventual 49,000 a-f of savings is phased in, the County will request that some be retained for in-valley uses.
Both Los Angeles City Councilman Felipe Fuentes and Adams acknowledged planning for the 2016 run-off year was critical.

During what Harrington referred to as an “Outlander” year, Yannotta acknowledged that the department had nothing to go back and look at for planning purposes.

In response to the June 4, 2015 Inyo County/Los Angeles Standing Committee meeting, The Los Angeles Department of Water and Power has issued the following statement:

“The Los Angeles Department of Water and Power (LADWP) is pleased with the outcome of the June 4 Standing Committee meeting. In these times of unprecedented drought, we are encouraged by the collaboration exercised by the Inyo County community.

“This shared sacrifice by all, including the City of Los Angeles who itself is receiving an 85 percent reduction in LA Aqueduct water this runoff year, will allow local ranchers the ability to irrigate their lands through July. LADWP and the other MOU parties are working toward finalizing an agreement (hopefully by early next week) that will save up to 4,000 AF of water toward additional irrigation in the Owens Valley.

“If additional water savings are realized on Owens Lake this Fall and are agreed by Great Basin, State Lands, and California Department of Fish and Wildlife, then more water can be made available for continuing irrigation into August and later into the irrigation season.  We look forward to continued constructive collaboration with the community and more positive outcomes from future negotiations.”

EARLIER IN THE WEEL FROM MOU

The Memorandum of Understanding partners have agreed to mandated water allotment changes that could free up 4,000 acre-feet for agricultural irrigation.
The partners, Inyo County, Los Angeles Department of Water and Power, Sierra Club, Owens Valley Committee, California Department of Fish and Wildlife and the State Lands Commission, agreed in spirit, according to OVC President Mary Roper.

The only thing left is finalization of the legal documents and the partners’ signatures.
“Nothing can happen until the partners sign off on (the final documents),” said County Water Department Director Bob Harrington. But this is as close to an agreement as the parties have been for either drought relief for ranchers or MOU consultant recommendations.

The changes: ramp back water to the Owens River Delta, reduce the base flow on the Lower Owens River Project from 40 to 25 cubic feet per second until April 1, 2016 and eliminate the 350 a-f supplied to Warren Lake, located at the base of the Sierra Nevada west of Big Pine.

“The meeting of MOU parties was a positive exchange that embodied collaboration between all parties,” said LADWP Aqueduct Manager Jim Yannotta. “We are hopeful that all of the MOU parties can reach agreement so that the reductions can be implemented by early June.”

Starting with a 16,500 a-f allocation, down from an average of 49,000 a-f, for ranch irrigation, savings of 2,000 a-f were found on the Owens Lake dust mitigation project. With the potential of another 4,000 a-f, that brings the total to 22,500. At last month’s Standing Committee meeting, Yannotta said the maximum possible for irrigation could be as much as 32,500 a-f.

Perhaps the additional 10,000 a-f will be found at this Thursday’s Standing Committee meeting.

FROM THE INYO COUNTY SUPERVISORS MEETING

A 20-percent reduction in irrigation allotments was voted down by the Standing Committee last month, but the Inyo County Board of Supervisors will stick with that number, at least as a goal, to keep Owens Valley agriculture alive through this fourth year of historic drought.

The Supervisors will send its delegation to Thursday’s encore Standing Committee meeting with that direction. “The 20-percent is reasonable,” said Supervisor Jeff Griffiths. “The legal requirements under the Long Term Water Agreement are as important as other legal requirements,” he said in reference to the Los Angeles Department of Water and Powers dust mitigation mandates on the Owens Lake.

A 20-percent reduction would provide 39,500 acre-feet for irrigation, as compared to the 49,000 a-f allocated to agriculture under “normal” run-off years. This year, run-off is at 36-percnt from a snow pack at 4-percent of normal.

“If we set a number, it’s a goal,” said Supervisor Rick Pucci. “There are no penalties if we don’t meet it. We need support from DWP that they will work with us (toward that goal).”

The original 16,500 acre-feet allocation for irrigation set out in the department’s draft Owens Valley Operations Plan has been inching up since early May. Water was saved by an early ramp-down of water on the Owens Lake, additional water will come from groundwater pumping moving the mark up to 21,500.

The Memorandum of Understanding parties agreed to an additional 4,000 a-f reduction on the Lower Owens River, the delta flows and from Warren Lake. The Technical Group agreed to not supply water to a McNally Pond waterfowl area and adjacent irrigated acreage.

But the total didn’t come close to the 32,500 a-f LADWP’s Aqueduct Manager Jim Yannotta said was the maximum surface and pumped water that could go to Owens Valley irrigation. “It was the issue of surface water that led to the 32,500,” he said. “If we agreed to 20-percent, we may only be able to supply 32,500.”

Pucci’s response may be the key to Thursday’s meeting: “The goal is the important thing. It shows a responsive attitude.”

There was a lot of bargaining going on during the discussion starting with a statement from the Owens Valley Committee’s Nancy Masters. “We, reluctantly and with great reservations reached an agreement on the numbers,” she said in reference to the MOU parties’ water reductions on enhancement/mitigation projects, indicating OVC’s approval of the agreement was a trade-off for the 20-percent irrigation reduction.

The Board also agreed to support LADWP in their application for a variance from the Great Basin Unified Air Pollution Control District’s allowing additional water savings on the dry lake. Board Chairman Matt Kingsley asked for specific water savings numbers out of the department’s variance request. County Administrator Kevin Carunchio had sent a letter to both LADWP and the State Lands Commission, the official owner of Owens Lake, asking for an “outline of opportunities…to save water…and the steps necessary to realize these savings.”

The response came from LADWP’s Water Operations Director Marty Adams with what Yannotta described as long-term items that would give the department more flexibility on the lake. The list included shortening the testing period for Best Available Control Measures and pumping groundwater from under the lake for use in dust mitigation.

“We’ve already expressed support for many items in the letter,” said Kingsley. But, he indicated, it was Great Basin’s job to decide on some of the technical changes.

Carunchio described the issue of groundwater pumping under the dry lake as “a dispute in hiatus.” The County maintains the LTWA applies to pumping under the lake; the City maintains it doesn’t. “We can cooperate with the City on pumping but we can’t support it without a resolution of the dispute,” Carunchio said. A serious bargaining chip will be how much of the water savings realized by groundwater pumping will stay in the valley.

“We’re hoping to be heard (by the GBUAPCD) hearing board in July,” Yannotta said. Kingsley agreed to accelerate the Board’s letter of support “when we see the variance” document.

County Standing Committee representatives, Kingsley and Pucci, have their marching orders and the challenge of getting agreement from the City on Thursday.

These informative and concise reports by the Wave are once again greatly appreciated. Maybe the decisions and agreements reached by the Standing Committee are not appreciated by everyone nor is the sentiment that the work being done is a “constructive collaborative effort” by the Inyo Community. As efforts are to… Read more »