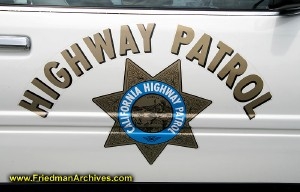 When CHP Captain Andrea Witmer stood up recently to talk to the Bishop City Council, she revealed large downturns in accidents and a sharp upturn in speeding citations.  Captain Witmer told Sierra Wave later that she and her officers have focused all year long on the three big violations – speed, seat belts and driving under the influence.  Cell phone use while driving is not far behind.

DUI cases went up 11% with 24 more arrests over the previous year.  Seat belt citations jumped up 42% with 232 more citations.  The Captain added that with the 7 fatal accidents in 2010, 5 of those people would have lived, she said, if they had worn a seat belt.

So, does all of this mean a change in enforcement strategies?  Captain Witmer said she just makes it a habit to share how things are going with her officers and what to expect.  Witmer said she believes highway experiences make the officers more aware of how to deal with violations.

Are there arrest or citation quotas?  No, said Witmer.  She said quotas are illegal.

Cell phone violations – manual use of a phone or texting while driving will loom large on the CHP radar this year.  Last year, the State issued a report on the dangers of cell phone use while driving.  Captain Witmer warns motorists that it only takes a split second not to see a pedestrian, cyclist or another car.  “You have to ask yourself,” she said, “if you’re ready to go to jail for manslaughter.”  A grim warning.

The average CHP officer makes 100k a year with overtime and can retire at 50 years old with 3 percent of their final compensation times the number of years they have. That means a 30 year employee at 100k a year can make 90k a year in retirement….sign me up!… Read more »

Maybe we should all be fined every time we speed. I bet 99.9 percent of all of you speed every day . In England you get fined based on your income. 310.00 dollars is a lot of money to some and a joke to others.

It’s scary to think I have to share the road with people who think they should be able to drive as fast as they want without any regard to the consequences and use any childish rationalization to justify their childish viewpoint. Really? Driving the speed limit is some kind of… Read more »

Pretending this is about public safety, rather than revenue generation, is an insult to our collective intelligence…

I don’t care if it’s about money or not. People need to slow down and getting a few speeding tickets will make that happen for most people. Get smart or it’s going to get expensive. I’m not in law enforcement and I tip my ‘cowboy’ hat to our CHP! pull… Read more »

Having spent 30 years as a law enforcement officer I can say cops have never had a ticket quota,.,. We can write as many as we want..

Long arm of the law
Reply to  Roy

1. No such thing as quotas
2. Donuts are so 1970…cops nowdays prefer whole wheat bagels. Duh.

about when you get pulled over for no reason… Because you look hispanic and cops think you are illegal and don’t have a license that doesn’t give them the right to pull you over. just like everyone else we need transportation to get to work everyday. my friend got pulled… Read more »

If yo friend speek like u write, ticket should have ben $1000 US dollar. If yo frnd illegal, he shud hav ben givn free ride to bordr and sent homie.

To nothappy……so are you saying that since you were only breaking the law a little and others were breaking the law a lot more, they should let you slide and only go after the other guys? Amazing. The way to avoid having to pay the 310 ticket is to go… Read more »

395 is what cruise control is for. Set mine at 69,70, stay in the slow lane except to pass grampa in his winnebago,= no moving violations in 20 yrs.

Whoever thinks speeding and/or unsafe driving is not a problem…and should not be dealt with a heavy hand-on method by Law Enforcement on HWY.395 maybe should have been driving south of Lone Pine on Friday nite,or had their police scanners on, and seen what the consequences can be when drivers… Read more »

I was there. By the time the traffic got moving it was difficult to see how many were involved, but there were at least two vehicle remains on flatbed tow trucks. I was about 3/4 mile back. Naturally it was in the two lane portion of 395. On our trip… Read more »

Long arm of the law

“Quotas” laughable; it’s interesting to note that as of January 1, 2012 the State of Taxifornia also raised almost every traffic citation……Coincidental? No, not because the State is broke and County’s get a share of the “bail” amount. When it comes to tickets the “winners” are police, the State, and… Read more »

upthecreek
Reply to  Long arm of the law

and in related news, donut sales have soared in Bishop. Shop owners are unsure if there’s a connection between the sharp rise in chocolate-covered sales and the increased revenue accruing to local law enforcement due to citiation-writing (over) zealousness. They did say they hope the trend the continues, the donut… Read more »

Thank you to Captain Witmer and her officers for doing a good job. I frequently travel the 395 in Owen’s Valley and I have noticed that the average speed seems to be lower since enforcement has picked up. Fewer speeders and fewer aggressive drivers makes a safer highway for everyone.… Read more »

Well said from a former CHP employee, Charlie. The state is broke and this translates into “we will write a lot more tickets and issue a lot less warnings”.

Just look at as a donation to a out of control bankrupt State and a future pension payment for the police dept/county.

“Captain Witmer and her officers for doing a good job” Absolutely! It’s good to see all the CHP’s out on the road. I think they’re doing a fantastic job. It’s not about money, it’s about saving lives. I have no problem with them citing for 10mph over the speed limit.… Read more »

I was pulled over going 10 mph over the speed limit just prior to hitting the grade. I have an older vehicle that needs to get its RPM’s up to at “least” get up the grade. While the Sheriff was writing out my ticket cars were going by us alot… Read more »

By admission you were going 75 in a 65. So tell me, what’s the cutoff point the officer should use? It’s obviously not 10 over so is it 15 over, 20 over? Help me out here. Define “really fast.” Bottom line: Don’t exceed the posted speed limit, don’t get a… Read more »

It’s because we live in a police state. Nothing to brag about here.

Accidents down and PENSIONS UP.
the true story