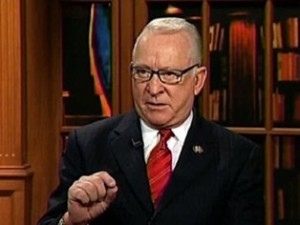 The Los Angeles Times reported on Sunday that Congressional investigators allege that Inyo-Mono Congressman Buck McKeon and another congressman got “cut-rate home loans under a Countrywide VIP program….”

The Times reported that the Congressman received a $315,000 mortgage refinance in 1998 as his family-owned business, Howard & Phil’s Western Wear, was going through a Chapter 11 bankruptcy.  The Times said the Congressman was not involved in daily operations at the business but retained a stake in it.

The Times said that McKeon’s income fell in the years before this refinance but that he received a favorable interest rate anyway and did not have to produce documentation to prove he could repay the mortgage.

The Times said that Congressman McKeon got cut-rate home loans under a “Countrywide VIP program.”  The article said that documents subpoenaed for the congressional inquiry revealed McKeon’s special treatment.  The article also said that other members of Congress are accused of getting  mortgage financing at below-market rates.  Special deals may not be illegal but may be considered as gifts to be declared in financial statements.

Jon Fleischman, editor of the Flash Report blog quoted in the Times said he thinks the special deals are wrong.  Fleischman was quoted as saying, “When they get special favors that the rest of us don’t get, it’s very un- American and it increases cynicism.”

Congressman McKeon has reportedly denied that he got special treatment, but the Times reported that the Congressman did not return their many messages left for him.

Congressman Darrel Issa, according to the Times, is chairman of the House oversight committee and has expanded the probe of congressmen who may have taken advantage of their positions to get cut-rate mortgage deals.

Some politicians have no problem with affordable housing for themselves, it’s the low wage workers whose housing is viewed as a privilege and not a need. Oh and don’t forget the illegals, that’s always good to distract from the fact who’s really picking your pockets while feasting like a pig… Read more »

What else is new. These self righteous politicians help themselves and their families to everything. Even after they are long gone, they help themselves to taxpayer pensions until they are dead!

Is any of this a surprise???

Tell me it isn’t So… Thanks Angelo Mozilo.