For some 30 years, Rick Pucci has led the City of Bishop through many changes as City Administrator. October 1st, Pucci will retire and James Southworth of Monroe, Washington, will step into Pucci’s office and take over. 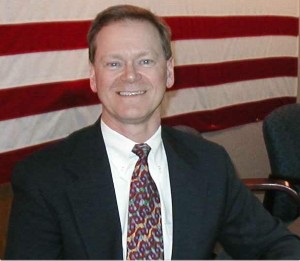 Through a lengthy search process, the Bishop City Council came up with finalists to fill the job of administrator. Monday night, the Council talked about a deal with Southworth in closed session. They announced during the regular meeting that they had agreed to appoint James Southworth as Bishop’s new City Administrator.

Southworth spent many years as city manager in Toppinish, Washington. From 2002 to 2008 he worked as city administrator in Monroe, Washington. Bishop Mayor Jeff Griffiths said he is “really excited about having Mr. Southworth here because he is very experienced. He has some 30 years of administrative experience.”

Mayor Griffiths also said he believes Southworth is a “good fit for Bishop.” Griffiths said the new administrator has had experience working with tribal organizations in Washington – a quality Griffiths said could serve well in Bishop.

Southworth will attend the California League of Cities conference in San Diego with Bishop officials this week. He will then take two weeks to move and go to work October 1st.

We work to provide daily news to all of the Eastern Sierra, in the tradition of Eastern Sierra News Service and the Sierra Wave. We bring you daily happenings, local politics, crime, government dealings and fun stuff. Please contact us.
View all posts by News Staff →
Mammoth Couple Suffered Major Injuries in Accident
Bishop Police Lieutenant Will Take Over as Interim Chief