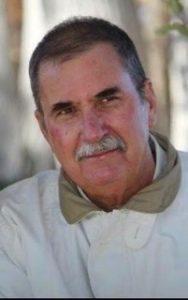 Sonny was born February 1st, 1943 in Winona, Arkansas to Wille and Majorie Lindsey.

After graduating high school, he served in the Army from 1964 to 1966. After returning from Korea he moved to Bakersfield, CA where he met his future wife, Nita Ellis.

Sonny and Nita moved to Lone Pine, CA in 1967, where they had two children, Mark and Julie.

As his children grew up, Sonny was an active member in the community. He coached Mark’s Little League and eventually coached Lone Pine High’s girls JV and Varsity basketball team along with Lone Pine High’s Varsity football and softball teams. 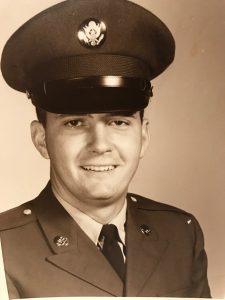 Sonny loved and cherished his family dearly, along with his second love: hot rods and fast boats. He enjoyed spending time outdoors, either working on old cars or hunting and fishing with his friends.

Sonny was larger than life and will be missed by many.

At Sonny’s request, no services will be held. In lieu of flowers, donations can be made to the ALS foundation in his name.

I visited Sonny at his auto shop, he seemed to be interested in UFOs sorry to learn that he had moved along as we all must..I had intended for him to read chapt 17 of My Story by Uri Geller when I discovered his passing…just today. I lived in Lone… Read more »

Sonny Lindsey was my basketball coach. For some unknown reason he saw potential in me. He was the greatest coach that taught you not only the game but life real lessons. He told you how it was and he never sugar coated and that’s what I love about him. I’ll… Read more »

Back in 2000,when I first relocated to Lone Pine,just getting started,I was working part-time at a mobilehome park 6 miles out of town….my old truck had serious problems,and needed it badly so I could get to and from town seeking more employment…Sonny got to know me a little bit while… Read more »

Sonny was an amazing man who would lend a hand to anyone. He helped my family many times and since I had a single mom with three brothers there were several times his helping hand saved our asses. He will be missed!