Our reporter Deb Murphy has long covered water issues here in the Owens Valley and Eastern Sierra. We asked her for some perspective on the latest news about Mono County and the Sierra Club’s successful lawsuit against the Los Angeles Department of Water and Power over Long Valley’s and Round Valley’s irrigation issue. (Editor)

Ranchers in Long Valley will be able to continue irrigation on their Los Angeles Department of Water and Power leases based on a five-year historical baseline of 3.2 acre-feet per acre according to a ruling from the California Superior Court earlier this month.

The ruling by Alameda County Judge Evelio Grillo is just the latest in a three-year battle that began in spring of 2018 when LADWP notified the lessees water allotments would dorp from 5 acre-feet per acre to nothing but stock water on the 6,400 acres. Los Angeles claimed the ranchers were getting “free water,” but the dry leases offered in 2018 were 60- to 70-percent less than previous wet leases.

Matt Kemp explained the impact on his operation to the Mono Supervisors. With 3-acre feet, he could run 300 to 350 head on his Long Valley lease. During the final year of drought in 2015-16 with no irrigation water available, his lease could only support 30 head. He was able to get that much forage by spreading some of the stock water available.

ENVIRONMENTAL CONCERNS OVER LOSS OF HABITAT 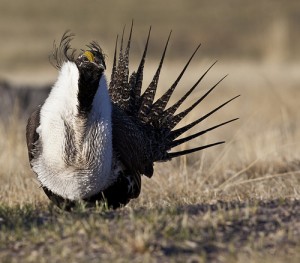 Sage grouse were brought in as allies of the cows following a deal negotiated by the Bureau of Land Management’s Steve Nelson that resulted in enough water spreading to sustain appropriate habitat for the species.

A special session of the Mono County Board of Supervisors in mid-April 2018 was the scene of a strong alliance between the ranchers and environmental groups. The head of the California Natural Resources Agency, John Laird, asked for an “immediate commitment to provide water allocations…commensurate with current snowpack and water conditions.”

During the previous lease negotiations, Kemp had suggested a tiered-down irrigation schedule based on the snow pack, going from a minimum of 2 a/f to 5 a/f. LADWP said no, he reported.

Following a three-and-a-half hour Supervisors’ meeting in early August, the Board approved seven specific actions, starting with a letter to LADWP Water Commission Chair Mel Levine and ending with litigation.

In the meantime, LADWP was starting an Environmental Impact Report beginning with a public scoping meeting held in late September in Mammoth. The public was supportive of continuing irrigation in Long Valley.

Fast forward to this year. The Court issued a Writ of Mandate, dated February 11, requiring LADWP to complete the EIR. The 37-page document requires LADWP to provide 3.2 a/f per acre on the leases and complete the California Environmental Quality Act process. Los Angeles’ appeared to maintain the change in water allocations did not qualify as a “project” under CEQA.  Judge Grillo disagreed.

Federal and California Announce Filing and Payment Deadline Tax Day for Individuals Has Been Extended to May 17, 2021
Secretary of Agriculture Vilsack Has Officially Declared Drought Conditions in California
2 Comments
Newest
Oldest Most Voted
Inline Feedbacks
View all comments

As is often the case, legal and moral don’t always coincide. Kudos to those who continue to fight for environmental integrity