Former Police Chief Randy Schienle had approved a policy a few years back that allowed his lieutenant and possibly others to drive their police cars 500 miles out of Mammoth Lakes. When management officials learned of this, they tightened up the vehicle use. 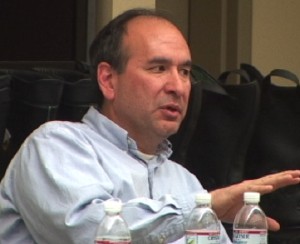 Town Manager Rob Clark said that a policy was issued by former Chief Schienele in the past that permitted use of vehicles in a 500 miles radius of Mammoth. Clark said, “We changed that policy on a police officers association level but it was not followed through to Lieutenant Short and others.” Manager Clark said Lt. Short did drive his patrol car to Oregon. Clark said the Lieutenant did not do anything “he thought was wrong.”

Clark said the vehicle use rule should’ve been changed in 2007, but for whatever reason, he said, it was not changed. This never came to Clark’s attention, he said. Were Town credit cards used in these travels? Clark said, no. He said, “We look at all of our expenses very carefully and we did not see town credit cards used for long distance travel.”

Police Chief Dan Watson said he did speak with Lt. Short about this issue. Watson pointed out that Lt. Short has remained on the Town payroll through September 30th to help the new Chief if needed. His benefits, the Chief said, include use of a Town vehicle. Chief Watson concluded that Short fully complied with direction from the previous chief. He added that he has amended the restrictions for use for the short remainder of time Lt. Short will have the use of a Town vehicle. He said the Lt. cooperated fully with his inquiry and he considers the matter closed.

We work to provide daily news to all of the Eastern Sierra, in the tradition of Eastern Sierra News Service and the Sierra Wave. We bring you daily happenings, local politics, crime, government dealings and fun stuff. Please contact us.
View all posts by News Staff →
Alpine County District Attorney Will Work for Inyo DA
Inyo Water Commission Will Survive and Seeks Members