Word spread fast through Mammoth Lakes yesterday that the Ski Area had laid off many workers. Some people called it Ash Wedneesday. The rumors said, half of the staff was gone. The reality was much less. 15 people, according to officials. 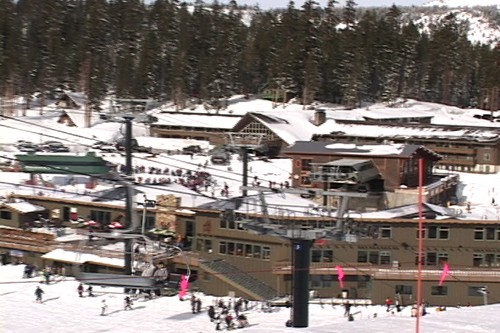 We don't know which positions were eliminated, but MMSA CEO Rusty Gregory did confirm in a message that there were lay-offs. He said he knows these things are a concern. Gregory said that out of 378 positions at the Mountain, there was an elimination through a reduction in jobs of 15 people. He said they were either laid off or the status of their jobs was changed to seasonal, allowing them to return next year.

In an earlier conversation with Gregory, he said this was a pretty good ski season but off by about 12% from projections. The CEO had said that skier demand was down and he felt the state of the economy had slowed things down somewhat.

We work to provide daily news to all of the Eastern Sierra, in the tradition of Eastern Sierra News Service and the Sierra Wave. We bring you daily happenings, local politics, crime, government dealings and fun stuff. Please contact us.
View all posts by News Staff →
Inyo Home Loan Program in Limbo
Some Lay-Offs at Mammoth Mountain