In furtherance of the lawsuit filed by Northern Inyo Hospital District and Inyo County Local Agency Formation Commission (LAFCO) against Southern Mono Healthcare District and Mammoth Hospital, they failed to obtain a temporary restraining order and were denied a request for a hearing for the court to issue a preliminary injunction that would have immediately closed operations and disrupted ongoing orthopedic and physical therapy care for hundreds of Inyo County residents and residents of the Swall Meadows and Paradise communities who have chosen to obtain their care at the Bishop location of Mammoth Orthopedic Institute and S.P.O.R.T. Physical Therapy. 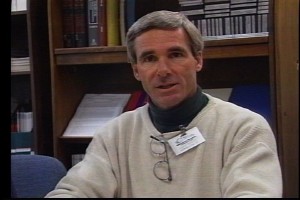 The Honorable Shelleyanne W.L. Chang heard arguments from all parties in the Sacramento County Superior Court on December 18, 2015 and ruled in favor of Mammoth Hospital. Mammoth Hospital’s lead attorney defending the lawsuit is David Baumwohl.

“We’re obviously pleased with Judge Chang’s ruling against the Temporary Restraining Order and the application to pursue a preliminary injunction,” said Gary Myers, CEO of Mammoth Hospital.  “Among other reasons for denying the application of Northern Inyo Hospital District and Inyo LAFCO, the judge felt that interrupting the long-standing and on-going medical and rehabilitative care for hundreds of people in a remote rural area was completely unjustified and inappropriate, regardless of the location of the clinic.  All of these patients have exercised their right to freely choose to obtain their care from M.O.I. physicians and S.P.O.R.T. Center therapists.  We believe very strongly in that right of choice.  The Northern Inyo Hospital Board and administration apparently believe they have the right to control and limit that freedom of choice.  We will continue to vigorously defend against this unfortunate lawsuit.”

Can we just get the attorneys out of health care! If they had their way their would be no health care in the Eastern Sierras just thousands of dollars lining their pockets while the citizens suffer!

The Board at NIH has resented Mammoth for years. They pushed for this lawsuit against the advice of the last two CEO’s. Too bad, the Board at NIH continues to fail.

NIH has nearly a total monopoly in health care in the OV. This is a step in the right direction. It is next to impossible to have tests and xrays done now at a NIH run doctor office. they may have run Victoria out, but the problems are far from… Read more »