Southern Inyo Healthcare District’s parcel tax measure may not be popular with constituents, but it may be the only way to keep the hospital open.

That was the grim news the board of directors delivered at Tuesday’s meeting. 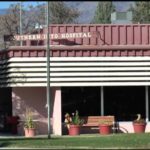 Unfortunately, the structure of the board meeting had the bad news delivered first. Chief executive officer Brian Cotter had to wait til the end to run through news that the district is making significant strides to climb out of two years under the bad management of Healthcare Conglomerate Associates.

Measure J on a special April 10 ballot will raise $602,000 a year, $9,030,000 over its 15-year term. The funds will be used to get the district out of bankruptcy with any leftover available for seismic retrofitting or other facility upgrades.

The cost to residents: $215 per parcel per year. By its very nature, parcel taxes are harder on the not-rich than general obligation bonds with assessments based on the parcels value. But, GO bond funds are limited as to what they can be spent on and getting out of bankruptcy is not on that list.

Board member Richard Fedchenko laid out the situation: the allowed claims in the bankruptcy totals a little less than $2 million. Add in the claims from HCCA, its affiliates and a disputed loan taken out in 2015. The total: $8 million.

The district filed its debt readjustment plan in mid-January with a hearing scheduled for February 28.

According to the district’s bankruptcy attorney Ashley McDow, the judge in the case urged the district to do the parcel tax and could postpone his decision until after the election.

The fate of healthcare in south county hinges on keeping SIH’s emergency room equipped, staffed and open. Fedchenko explained if the debt plan is rejected in court, creditors would be able to remove collateral in the form of equipment from the facility. The hospital’s ability to provide care and services would go out the door with the equipment. As a Critical Access Hospital, no ER means no license, no Skilled Nursing Facility, no Rural Health Clinic.

Darwin’s Lawrence Krause took a different view: provide the emergency services the district can afford. His example was paramedic-staffed stations in Mono County subsidized by the county. The set-up provided emergency care and transport. He and Doug Thomson urged the board to come up with ways to provide health care without the parcel tax.

The frustrated chair Jaque Hickman explained that’s what the board had been trying to do over the last two years.

A working group has been formed to conduct community outreach on the tax parcel; an information is available on the district’s web and facebook pages. Krause announced that the Independence Civic Club has set up a workshop: 6:30, March 5 at the Lions Club.

Maybe the meeting should have started with Cotter’s report. The CEO ran through a list of improvements and ways to increase income since HCCA’s contract was terminated:

Op-ed: Plan by Trump to throw away years of desert planning
Airports get spotlight from ESCOG
2 Comments
Newest
Oldest Most Voted
Inline Feedbacks
View all comments

In the first sentence of your article you state that Measure J may be the only way to keep the hospital open; however, passing measure J does not guarantee that the hospital will stay open. The purpose of Measure J is to pay the hospital bankruptcy settlement. You state ”… Read more »

This is not correct: ‘Krause announced that the Independence Civic Club has set up a workshop: 6:30, March 5 at the Lions Club.” It will be a forum held at the Legion Hall. The Civic Club will be sending out announcements in the next couple of weeks. Stay tuned.