It’s no wonder goats were bled out and virgins tossed into volcanic craters in an attempt to appease Mother Nature. She is capricious and, at least for the last four years, not capricious in a good way. 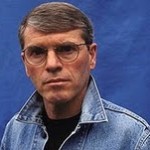 As the Los Angeles Department of Water and Power and Inyo County scramble to find water for irrigation, the media is focusing on an El Nino building due west, just like they did this time last year. We all know what happened to that one. But, no, this El Nino is supposed to a “strong” little fellow, as opposed to a wimpy, disappointing one.

Sierra Wave’s resident weather guy Dennis Mattinson weighed in on the possibility of a wet 2015-16 winter for the Eastern Sierra. “Yes, there are moderate conditions” suggesting an El Nino, he said. “But that doesn’t mean it will stay that way. Nobody knows.”

Continuing in this non-optimistic vein, Mattinson said that even if the current El Nino stayed at moderate levels until January, in the past, only half of moderate El Ninos resulted in good snow years.

What Mattinson does know, with some certainty, is that a series of hurricanes, Andres and Blanca, originating south of Baja, should impact the Eastern Sierra. Andres’ was already evident with gusty winds and vague sprinkles Saturday afternoon. Blanca has been downgraded on its possible path toward Four Corners to a tropical storm, but should bring unstable weather, rain or thunderstorms, by mid-week.

“It’s an interesting, complex system,” Mattinson said. “Weather is never about just one action.” The current conditions are the result of two storms on the same path and a low pressure hanging over the Eastern Sierra.

One good thing: the May, and now early June mugginess will be followed by the area’s real monsoon season with, hopefully, more rain storms. We’ll take anything Mother Nature is willing to give us, as long as it’s wet.