As three investigations on the Mammoth Police Department continue, so does town talk. A sheriffs department take-over of the police department remains a matter of gossip and not official consideration. 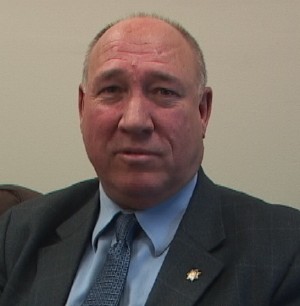 When asked if the idea of a sheriffs department contract was under discussion, Town Manager Rob Clark said, No, it is not. Has the idea been posed to Sheriff Rick Scholl? It has not, said the Sheriff.

Sheriff Scholl called the topic water cooler discussion among citizens. There has been no formal or informal discussion between me and the town staff, he said.

Officials within town government say that economics might cause some to talk about or consider a sheriffs contract. Sheriff Scholl himself pointed out that economics change, and that it would be unproductive to switch police duties now and then switch them back.

Most agree that a local police department equals local control, which was one of the driving forces behind establishment of a town department in the first place.

The fact that Sheriff Scholl set up DUI instruction for most of his deputies recently caused some people to think this was the first step toward a police department take-over.

Sheriff Scholl said not at all. He said the CHP staff level remains low. Officers have 3300 square miles to cover in Mono County and the DUI training will allow his officers to handle a complete driving under the influence stop when they make one. We are not creating a traffic enforcement unit, said Scholl. This will just allow my deputies to handle DuIs if they get them.

We work to provide daily news to all of the Eastern Sierra, in the tradition of Eastern Sierra News Service and the Sierra Wave. We bring you daily happenings, local politics, crime, government dealings and fun stuff. Please contact us.
View all posts by News Staff →
Little Lake Ranch Sues County, Coso
TOT Compliance Higher Than Believed