A CHP officer for 28 years, Doug Northington has a determined eye on the job of Mono County Sheriff. Four years ago, his bid for sheriff failed, but this time Northington said things are different. 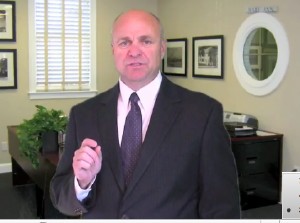 The latest controversy in the sheriff’s race – reports that Sheriff Scholl forced deputies to remove their names off Northington’s Facebook site. The Sheriff said that report was “absolutely not true.” Northington said he had heard deputies who support him had to remove their names from his Facebook site. He said the names aren’t there anymore but he said he had not talked to the officers personally about why. Northington did say he believes a majority of Sheriff’s deputies support him.

How does his philosophy of law enforcement differ from Sheriff Scholl? “I support proactive law enforcement instead of reactive.” Northington said officers feel that they are getting pressure not to do things. “They should be able to enforce laws,” said Northington.

He also said there is no working on-call system since a number of deputies live in Inyo County or Nevada. “There is enormous pressure on those who are here after hours.” Northington supports what he calls a “24-hour, valid on-call system.” The sheriff’s candidate said he does hear that morale among deputies is bad “because of a lack of leadership and a lack of quality supervision.”

Northington said that “progressive discipline should be used. There are ways to correct behavior without berating or belittling people. This can create a hostile work environment which can lead to time off, stress, disabilities. This costs the county.”

Election histories show that it’s tough to beat an incumbent. How will he handle that challenge? Northington says he has more support in Mammoth this time around and that he has changed his tactics. “I’m more hands on in Mammoth.” Northington said there is also no indication that officers’ associations will back Sheriff Scholl. “If he’s super-great, where’s the buy-in from the troops? That’s very telling.”

We work to provide daily news to all of the Eastern Sierra, in the tradition of Eastern Sierra News Service and the Sierra Wave. We bring you daily happenings, local politics, crime, government dealings and fun stuff. Please contact us.
View all posts by News Staff →
High Winds Damage Local Homes
Tenney Blasts Clark at Mammoth Planning Commission Meeting