By News Staff on August 3, 2012 in Government Agencies/Utilities 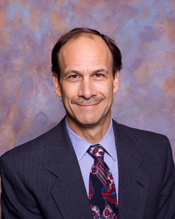 The body of Gary Dankworth, a 60-year-old man from Carson City NV, has been found and recovered from the Middle Palisades of Kings Canyon National Park.

Dankworth was found on the south face of Norman Clyde Peak during search and rescue operations managed by the Inyo County Sheriff’s Department and Sequoia and Kings Canyon National Parks. Dankworth was an experienced backcountry hiker who was camping north of Norman Clyde Peak. According to the reporting party, Dankworth embarked from his campsite at Finger Lake to summit Norman Clyde Peak (located above Big Pine, CA) on Saturday, July 28. He was expected to return to his campsite that evening. His companions contacted the Inyo County Sheriff’s Department and reported him overdue on the morning of Sunday July 29. The cause of the incident is under investigation.

In addition to the lead agencies, the following organizations were part of the search efforts:

Search operations ended late in the day on August 2. A total of over 40 people and 4 helicopters were involved in search operations. This incident was highly supported by the efforts of volunteer search and rescue team members coordinated by Cal EMA.

We work to provide daily news to all of the Eastern Sierra, in the tradition of Eastern Sierra News Service and the Sierra Wave. We bring you daily happenings, local politics, crime, government dealings and fun stuff. Please contact us.
View all posts by News Staff →
The Devil, you say
Mono Supervisors: claims, seniors, dogs and June Mt.
1 Comment
Newest
Oldest Most Voted
Inline Feedbacks
View all comments

Prayers to Dr Dankworth’s family, friends & patients. Also a big Thank You to all the SAR teams for their dedication & hard work.