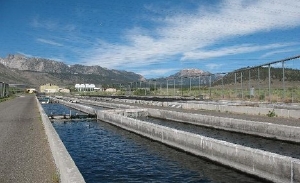 A threat to California fish hatcheries now reportedly brews in the State Legislature. Former Mono County Assemblyman Dave Cogdill has gone to battle against Senate Bill 1148. He says it would shift Fish and Game’s mission from hatcheries to wild and native trout programs. That could mean more problems for the Eastern Sierra’s summer fishing economy.

In a letter to the Assembly Appropriations Committee, Cogdill says that the organization CalTrout has tried to undermine his own Assembly Bill 7 which was passed seven years ago to help keep hatcheries funded. He says Fish and Game never gave the law a real effort.

AB7, according to Cogdill, says that programs designed to manage, maintain and improve California’s fish hatcheries are eligible to be funded from sport fishing license fees. The new bill, SB1148, he said, will shift the mission of the Department of Fish and Game to wild and native trout programs over hatchery operations.

In his letter, Cogdill says, “Fishing license owners pay for their licenses and deserve positive fishing experiences. These positive experiences,” he said, “cannot be insured only for the wealthy engaging in fly fishing of the state’s native trout. Hatcheries provide fish to California’s lakes and streams so everyone can enjoy that experience.”

Cogdill also says that Fish and Game never wanted to implement AB7. He says in the seven years since the passage of that law, Fish and Game has “not met the goals of AB7.” Cogdill said AB7 was never given a proper chance and it should be before wholesale changes in the system. He points to the fact that since AB7, license fees have gone to what he calls “exceptional service to sports fishermen and the economies that rely on them and had done so for over 130 years.” He says the new law would create an “unaccountable bureaucracy with a questionable funding source and seemingly no legislative oversight.”

Fortney said the new law would limit fishing in California to “specialized fishing techniques for only catch and release native trout.” Fortney’s letter also says that as the State population grows, demand for general fishing will too and could deplete remaining trout populations if hatchery enhanced waters are eliminated and/ or diminished further.

Chairman Fortney said fewer planted fish will ultimately “seriously impact the smaller rural communities, like Inyo County, that depend, in large part, on fishing tourism for their economic stability.”

Maybe a little checking would be in order *before* writing a story as inflammatory as this one. Cogdill complained that DF&G never gave his legislation (AB 7) a chance. The problem is that is established an unreasonably high hatchery target for each license sold. DF&G never reached those goals, and… Read more »

Right on with the budget numbers. The hatchery and wild trout budget comes from 33 1/3% of total license sales–so that cut of the $78 million is $23 million. Of that hatcheries get about $20 million and wild trout is supposed to get $2 million but doesn’t even get that.

all of the fines and lawsuits they levee against people and companies and agencies .. hehe

Then there’s complaints about Government not spending.

From what I gather, Government spending is bad if it’s for something that only provides essential services for somebody else and is good if it makes your life more fun.

Ken- The gov’t should be accountable for all dollars spent. There is a tremendous amount of waste. When one looks at waste at the local level and multiplies that out over every city and state that amount is huge. Then add federal waste and your calculator won’t be able to… Read more »

Let me help you understand. Unlike government misusing everyone’s tax revenues to support a few of its failed cronies (see Solyndra, Ener1, A123…), here the state is seizing user fees willingly paid by fisherman for the special purpose of hatchery support and diverting those fees to its general fund to… Read more »

…almost got it but need a little more information. How much does fishing license revenue contribute to the approximately $20,000,000 hatchery and inland fishing fund? And where does the rest of it come from? Also, how does a Federal Government small business loan guarantee that was given to a company… Read more »

The DFG website shows, as the latest figures, 2009 with a Total Sport Fishing revenue of $65,174,380.
Assuming this is correct, one-third of that would go to the hatcheries and fishing. That would be the
whole budget. I’ll keep checking.

Yeah, I saw that also — from all forms of Sports Fishing Licenses: http://www.dfg.ca.gov/licensing/pdffiles/sf_sales_2000.pdf So that means that there is about 45 million dollars left from Sport Fishing Licenses that go somewhere else — like the general fund. So if some money was put toward fishery restoration and preservation like… Read more »

caltrouts agenda is to eliminate competition from non native species of fish here in the eastern sierra and owens valley. heres a list of fish on their hit list. rainbow trout,brown trout,brookie trout,large mouth bass,small mouth bass,california perch,blue gills,cat fish, and bull frogs all were introduced to the owens valley… Read more »

Yeah and pups and chubs are endangered if I remember right … I could be wrong .. and the strain of both that lived in the Owens river do no longer exist, I am sure. To re introducing that particular strain of both fishes is not going to happen. So… Read more »

To View SB1148 click on the link below. Once there go down to section 7. It talks about where they are going to take money from or as they call it “upon appropriation” This is wrong. What really sucks about this is when I fish the Eastern Sierra waters which… Read more »

I think we need to know Friends of the Inyo’s position on SB1148.

It will tell the community who’s friends FOI really are.

I’ll place a bet that FOI’s position is to return all waterways to their original form, ie. NO TROUT….as if they were here to know what was in that creek 20,000 years ago. They would be in favor of elimination of all hatcheries unless they raised Tui chub, Pupfish or… Read more »

I’m with you Tim on it being upsetting .. no need to apologze.

Again they have figured out a way to rob licensing money. It never ceases to amaze me how we are being fleeced by our own government. It’s time to boot them ALL out and start all over.

No Ex, it is not the government, in as much as it is the special interests groups that are fleecing us, but yeah .. the government gives it away to them to implement these wild life and environmental agendas, that seem to not have any real sense in them. But… Read more »

arggggggggggh! this is exactly the reason so many people are fed up with conservation groups. don’t they care that their idealogy will directly effect tourism in the eastern sierra. without the fish hatcheries stocking creeks the happy day campers,who in my observations use the catch and eat method, will not… Read more »

“He says the new law would create an “unaccountable bureaucracy with a questionable funding source and seemingly no legislative oversight.”bureaucracy

damn- this country is so freaking divided it comes close to making me sick. I can’t stand the thought of either one of these bull crap options happening. How about working together and making this work out for all of us. POLITICS SUCK!

So true. Quoting President Obama in a 60 Minutes Interview when asked about his greatest disappointment: “I underestimated the degree to which in this town politics trumps problem solving.”
Benett Kessler

Politics does blow, especailly when you realize right and wrong is sold out to industry’s and corporations best interest. Environmental Protection is a joke as long as we keep consuming so much so fast. Catch and Release kills alot of fish, but if the wealthy can have a good time… Read more »

Yeah .. that seems legit too Jeremiah.

Seems legit … so there you go … special interests in the form of elitists groups getting their way under the guise of environmental protection. Aside from the loss of revenue .. it is loss of the experience of everyone, that experience will suffer at the hands of organizations that… Read more »

BIG AL- Even thou I vote Democrat most of the time, I agree with you 100% on this issue. I also can’t stand my own parties views on gun control either. Just being honest.

I hear ya Trouble, I used to be a democrat, but I gave up on both parties years ago .. really don’t side with any of them .. because of all of the bullsh*t like what we’re seeing now, as you say .. the division is soo deep. As President… Read more »

BOTH PARTIES are to blame.

no matter WHO is in charge it is more of the same .