By News Staff on July 10, 2014 in Government Agencies/Utilities 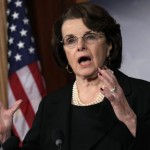 The project, owned by Ormat Technologies Inc., would pump  29,000 acre-feet of hot water annually from below the cold groundwater zone – when combining both existing operations and the planned expansion. For perspective, one acre-foot is 325,900 gallons, enough to meet the needs of two average single-family households of four people for a year.

MCWD depends on this cold water aquifer to fulfill the water supply needs of the Mammoth Lakes community, and this project directly threatens that precious water supply at a time when California is experiencing a serious statewide drought.

“Given the scarcity of other available water supplies in the area, it is important that the United States Bureau of Land Management (BLM) and United States Forest Service ensure that this project does not affect critically important groundwater supplies,” said United States Senator Dianne Feinstein. “Consequently, I request that the BLM and Forest Service provide information summarizing the basis upon which they conclude in the EIS/EIR that the project is unlikely to affect the quality and availability of shallow groundwater resources.”

Local Congressmembers Paul Cook and John Garamendi, as well as the Town of Mammoth Lakes and local community groups, also recently voiced apprehension over the potential impacts of the proposed project.

In 2010, Ormat purchased the geothermal power plants in Mammoth for more than $72 million, becoming sole owner of several thousands acres of land, power plants, and equipment in the Mammoth complex. The geothermal energy company’s proposed expansion project may threaten the area’s groundwater resources.

Existing operations have already had a negative impact on the region, including increases in soil temperatures, tree kills, and carbon dioxide and hydrogen sulfide emissions near and around the Shady Rest Park area as a result of geothermal production, as well as increases in the water temperatures of MCWD’s wells that are closest to Ormat’s geothermal wells.

MCWD is committed to carefully managing and maintaining local water resources for thousands of residents and visitors. Unfortunately, the severe statewide drought has increased MCWD’s reliance on critical groundwater supplies, which the Casa Diablo IV project may put in jeopardy. MCWD will continue working with local groups, stakeholders and Ormat to address the very real threats that the proposed Casa Diablo IV project poses to the region and ensure the safety of its critical water supplies.

MCWD provides water and wastewater utility service to the Town of Mammoth Lakes and surrounding areas.  MCWD strives to provide reliable, affordable utility service to our customers and to conduct our operations in a manner reflecting our stewardship role.  We encourage our customers to practice responsible use of our limited water resources, and to take advantage of the information and services available to support this goal.

All the pick pockets have been spotted creeping around our lakes again. Beware.

I wonder if these same entities are going to question the MSSA land swap and it’s effect on our water supply ?