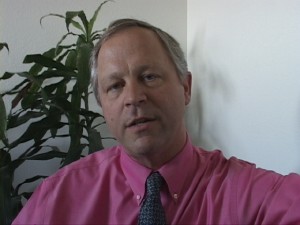 Inyo Superintendent of Schools Terry McAteer brings officials together for a renewed look at school security.

The shocking murder of 20 children and six adults at Newtown Connecticut’s Sandy Hook school urged school officials in the Eastern Sierra to take another look at school security and mental health issues.

McAteer said all the schools have safety plans, but the Connecticut shootings made everyone wonder if they are doing everything possible. Said McAteer, “We want to respond in a proactive manner. It makes you look again.” Officials will look at the susceptibility of local school campuses to intruders, and they will consider whether they are identifying youths who need help.

The Superintendent said a lot of these people were not getting services either because they couldn’t afford it or their problems were not severe enough to get county mental health services. North Star charges $35 a hour and some get free services with vouchers handed out at local schools.

McAteer said after the Columbine High School shootings 13 years ago, school officials concentrated on high school students. Now, they are looking earlier at elementary and middle-school kids who are “truly troubled. Those who are bullied. The loners or angry kids.”

Tuesday’s meeting will focus on mental health services but also on what law enforcement has learned about campus security. McAteer said later his office will organize a series of community forums to share school safety plans with concerned parents and families.

We work to provide daily news to all of the Eastern Sierra, in the tradition of Eastern Sierra News Service and the Sierra Wave. We bring you daily happenings, local politics, crime, government dealings and fun stuff. Please contact us.
View all posts by News Staff →
Officials say MCWD/ LADWP dispute nears settlement
Narcotics dog goes to work with MONET

Although I have not lived in Mono County for some time, I do follow the news via Sierra Wave. It seems very interesting that no one on this blog, or even President Obama, has mentioned increasing the penalty for using a gun in the commission of a crime. None of… Read more »

Salblaster I agree! Doing nothing is the worse thing we collectively could do right now. You know why we haven’t as a nation been rid of the high capacity magazines?? because the manufacture that produces them is one of the NRA’s biggest donor if not the biggest. So if the… Read more »

…and also what the Repub’s and tea-baggers want is to allow access to anyone the ability to buy not only assault rifles, but to buy anytype of firearm…with no background check at all….and with no waiting period… and try to spin it saying President Obama wants to take EVERYONE’S guns… Read more »

Salblaster, Agreed. Unfortunately, there are those who believe THIS about machine guns (which is what Automatic rifles actually are): “When machine guns are outlawed – only outlaws will have machine guns!” (as they wave the flag). I think these are the same people who think Michele Bachmann should have been… Read more »

for a while now i’ve been reconsidering my position on gun control, then with the connecticut school shootings i’m realizing theres a big problem with all semi automatic weapons. I’ve grown up in the gun culture starting with shooting my first pheasant at age 12 back when fish and game… Read more »

Remember when all our father figures told us to fight back? They still should.

Culture Change bigtime since those days Trouble, I was talking about this last night with a big gun supporter/Vietnam Veteran and he was talking about taking his gun to school with a permission slip stating he was rabbit shooting after school so it allowed him to bring it. That isn’t… Read more »

Jeremiah’s Alter Ego- times have changed, now the poor get fat. Facts are this country has become poorer ,weaker in almost every sense, less respected, and imprisons a higher percentage of it’s people than any country in the world. My grandfather always went out of his way to say it’s… Read more »

Yes, the poor get fat, and year after year we keep setting these unsustainable precedents. Yes a majority of this country is getting poorer and weaker because our legislators make their laws in conjunction to the big donors best interest and not what is best for the American people, FACT!… Read more »