Toward the end of last year’s extended fire season, Southern California Edison introduced its Public Safety/Power Shutdown policy to address the issue of downed powerlines starting a fire. The 2019 fire season got a late start this year, but it’s here now. Last week, utilities were shut down in eight Northern California counties. So, what now? 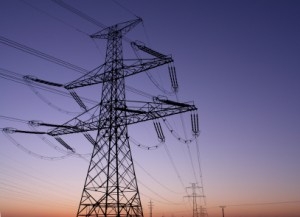 SCE has a massive website addressing all the issues and protocols in place for the shutdowns. To get the full picture check out www.sce.com/safety/wildfire/psps. But, here’s the condensed version:

Then there’s the footnote: “erratic or sudden onset of high winds may impact SCE’s ability to provide advanced notice.”

As an investor-owned utility, SCE and Liberty Utilities in northern Mono County are required by the California Public Utility Commission to have a power shutoff policy. The Los Angeles Department of Water and Power is a public utility with no such requirement. But, “LADWP will interrupt service in connection with a wildfire in coordination with or at the request of law enforcement or a public safety agency.” So, all of the Eastern Sierra could be impacted.

If you take away only one thing from this piece, this is it: Make sure you get those notifications. Local residents can sign up on the SCE website. Inyo residents also need to make sure their land lines and mobile phone numbers are on the Sheriff’s Code Red system. Mono residents with limited mobility can sign-up with the County’s Sheriff’s Department in the event of an evacuation.

Generators are, obviously, a good idea. At the least, make sure you have a cell phone charger that works in your car.

If you have a solar system, you’re not off the hook. According to SCE’s website, grid-tied systems do not provide power during outages unless they include a battery storage system and transfer switch.

The shutoffs are linked to seven conditions: high winds, low humidity, dry vegetation, fire threat to the electric infrastructure, on-the-ground observations and public safety risk. The first three of these conditions are “normal” in the Eastern Sierra. Here, the on-the-ground observation is really important. According to Brian Leventhal with SCE’s public information office, experts will be deployed during high-risk weather conditions to fully assess conditions.

According to KSRW’s weather guy, Dennis Mattinson, winds over 40 mph are considered “high winds” and, generally, occur with downslope air currents off the Sierra. That makes higher elevation communities more susceptible. That being said, the windiest areas in the Owens Valley are Olancho and Independence. As Mattinson has said, the Owens Valley is a wind tunnel.

None of the Eastside’s government entities have a plan in place to date.

According to Mono County Supervisor Fred Stump, area community centers can be used for shelters as they’re equipped with generators. Also, Mono has scheduled a staff to staff meeting with SCE at the end of this month. From the utility’s presentations, Stump said Inyo and Mono aren’t really considered targeted geographic areas for power shutdowns.

Inyo’s Emergency Services Manager Kelley Williams is in the process of setting up an SCE presentation for the Board of Supervisors. She stressed the importance of signing up with the Sheriff Department’s Code Red system and taking measures to create defensible space around homes. Williams will also be asking the Board to declare a no-fee day for green waste at area landfills and transfer stations.

I find it very interesting that utility companies are being held legally responsible for recent fires. I would think that sparks/fire are an inherent risk in delivering electricity across large areas. I would expect that neglect would have to be part of the equation in order to find a utility… Read more »