On August 2, 2019, at approximately 7:03 A.M., Mono County Sheriff’s Office was
dispatched to Lake Mamie regarding a boating accident. A small boat with two men
fishing capsized. As one man stood up to toss out the anchor, the boat became unstableand capsized. The vessel was described as a small metal boat, approximately 11ft in length. 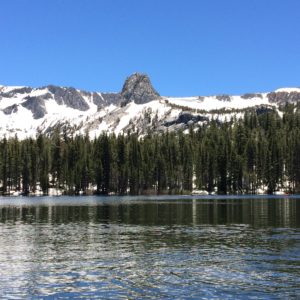 One of the occupants was able to make it to shore and survived. The victim appeared to have been having difficulty in the water and was later recovered from the lake. The
victim drowned and may have had a medical issue during the accident. An autopsy will
be performed to determine the exact cause of death.

The victim was identified as: David Sinklar Irmscher, a 67-year-old male from San Bernardino CA.

Boaters ! SUP/Kaykaers/Fisherfolks ! Never enter water deeper then you can stand in without wearing a PFD (lifejacket) ! Especially true of cold water (look up cold water torso reflex / gasp reflex) . If you find it to cumbersome to wear a standard PFD, then purchase an automatic inflating… Read more »