By News Staff on July 21, 2014 in Government Agencies/Utilities 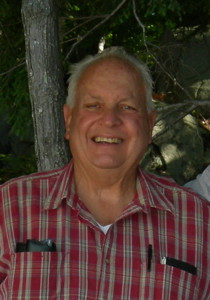 Samuel Robert Wasson, 74, resident of the Owens Valley for more than 35 years, passed away on July 17, 2014 surrounded by his family.

Born in Santa Monica on July 3, 1940, Sam lived in Independence during his early life. Sam was born into a family of miners who had mined Nevada and the Owens Valley since the 1860s. In his youth, Sam and his family moved to Gardena where he graduated high school in 1957. Sam was an exceptional track and field athlete during his high school years. At 52, he earned a Bachelor’s degree from the University of La Verne.  He was the first in his family to achieve this honor.

Sam met and married his wife, Theona, in 1965. Following a proud tradition of three generations of linemen before him, he began working for the Los Angeles Department of Water and Power. Sam began his career as a surveyor helper and retired as a power distribution superintendent. Through his determination, he received nine promotions in his 37 year career. Sam’s work ethic was foremost and an inspiration to everyone he met. His values and belief that all things are possible with hard work will continue to inspire and support his family and friends even after his passing.

Sam was an impassioned proponent of freedom and the rights of the individual. He was involved in local and national politics. Sam was a lifetime member of the NRA, Republican Party, and served three terms on the Inyo County Planning Commission.  He was a passionate advocate for the humane treatment of animals. He has been an active member of I.C.A.R.E. for more than 15 years.

Sam is survived by his wife Theona, daughters Christine and Terry, son-in-law Dewayne, grandsons Ryan, Alec and Zane and granddaughter Darby Rose. Sam’s commitment and love for his family was an ever driving force in his life and continues to bring comfort to his family.

Please join the family at a memorial service to be held graveside at East Line Street Cemetery at 10 a.m. on Saturday July 26th, followed by a Celebration of Life at the Hall of Our Lady of Perpetual Help Catholic Church at 11:00 a.m.  A rosary service will be held on Friday, July 25 at 6:30 p.m.

We work to provide daily news to all of the Eastern Sierra, in the tradition of Eastern Sierra News Service and the Sierra Wave. We bring you daily happenings, local politics, crime, government dealings and fun stuff. Please contact us.
View all posts by News Staff →
C.B. ‘Jack’ Frost: 1944-2014
Chamber Music Unbound
9 Comments
Newest
Oldest Most Voted
Inline Feedbacks
View all comments

Well our little town will surely miss his wonderful leadership, his community fellowship, always helping or giving to others in need. Donating his equipment to the Keeler Community Service District.. Theona and family our deepest sympathies , prayers for you all ,we will miss him very much.

My deepest sympathies to Theona and family!! Thoughts and prayers for all of you during this difficult time.

Met this Good Man once. Hope to have a good word to St. Pete so as to see the deeds that Sam will add to Heaven , RIP indeed

I met Sam during the Owens Lake Master Plan process. I am truly sorry to hear of his passing. He was a true gentleman and represented the Owens Valley well. We will miss you Sam.

Sam Wasson was a an outstanding person. He was a kind, compassionate, understanding person (to both people and animals). He was an asset to our community and, most importantly, was a good friend. I will miss him.

Godspeed Sam and prayers for strength out to Theona and family. Big shoes to fill indeed!

It is a shock to read that Sam Wasson passed away. What a legacy he left! Sam was always involved in issues concerning the Owens Valley and beyond, and I admired him for that. I am so very sorry for his family. He will be missed.

My thought’s and prayer’s are with this amazing family in their time of sorrow. Taylor and I have been blessed to have known such an amazing man!

Sam was a very good man and he will be missed. He had a big heart and his contribution to public service was laudatory. His loss on the Inyo County Planning Commission will also be greatly missed by those that appreciated his straightforward candor on matters that came before the… Read more »