PRESS RELEASE November 30. 2012
The Mammoth Lakes Police Officer’s Association (MLPOA) would like to announce the resignations and retirements of five officers that will take place before the end of December 2012.
Largely due to the decision of the Town of Mammoth Lakes Town Council as it relates to the upcoming elimination of seven sworn officer positions, many officers began looking for employment with other law enforcement agencies.

Officers were awaiting the results of the Town sponsored public survey that was conducted in which the Town Council stated that they wanted input from the public before making final decisions as to police lay-offs, raising taxes, etc. so that they could do what  the community was in favor of.  Despite at least 65% of the public not being in favor of cutting police services, the Town Council voted 5-0 to move forward with the proposed eliminations in July 2013.  They initially proposed the lay-offs to happen in December 2012, but were reminded that it would be a violation of the MOU between the MLPOA and the Town.

The MLPOA members are dedicated, and have a personal interest in the town, its residents, and visitors.  However, our officers cannot work in an environment where the safety of the officers, citizens, and visitors are not a priority to the Town Council. 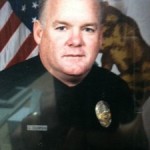 During the month of December 2012, the Mammoth Lakes Police Department will be losing five great officers.

Officer Marty Thompson graduated from Mammoth High School in 1988 and joined the Mammoth Lakes Police Department in 2007.  Marty will now be working for the Mono County Sheriff’s Department.  Marty has been the Head Coach for the Mammoth Varsity Football Team for the past 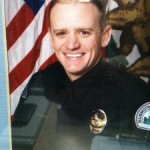 Officer Ron Gladding graduated from Mammoth High School in 1995.  Ron started his law enforcement career with the Contra Costa County Sheriff’s Department in 2005, and has worked for the Mammoth Lakes Police Department since 2006.  Ron will now be working for the Bishop Police 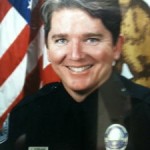 Officer Jesse Gorham started his law enforcement career in 1989 with the San Diego Police Department and came to work for the Mammoth Lakes Police Department in 1997.   Jesse will be retiring from MLPD and starting the next chapter in his life. 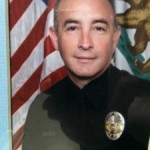 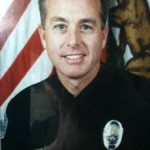 These vacancies will bring the staffing level down to only 10 sworn officers available to work patrol during the peak season, with some of those officers likely to be retiring or resigning for other employment opportunities well before July 2013.  It is unlikely that any qualified police officers would come to work for the Town of Mammoth Lakes under these working conditions, and the fear of lay-off.

With this limited number of patrol officers, it will not be possible to provide 24-hour police service.  Police service and presence will be significantly reduced, and with the busy holiday season among us, the MLPOA reminds its residents and visitors to be aware of your surroundings and lock your vehicles.

The MLPOA would like to wish its residents and visitors a happy and safe holiday season.
Submitted by,
Sgt. Paul Robles
Out-going MLPOA President

99 Responses to “Safety…not a priority to the Town Council”