Originally reported as a gunshot victim, 38-year-old Kevin Ruskauff of Auburn, CA, was later arrested in April for assault with a deadly weapon. 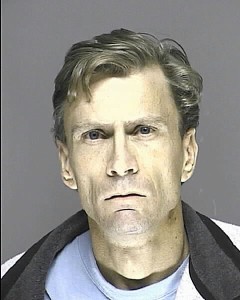 Officers alleged that Ruskauff threw a man off of a roof in Olancha. That man armed himself with a .38 revolver and reportedly fired four shots at Ruskauff in what deputies determined was self-defense. Officers said Ruskauff was coming after the man with a utility knife.

Ruskauff was air lifted out to Loma Linda with the gunshot wounds. Ruskauff says he was the victim.

A jury trial for Ruskauff started this week. Jury selection was concluded on Monday with the trial getting underway Tuesday.

We work to provide daily news to all of the Eastern Sierra, in the tradition of Eastern Sierra News Service and the Sierra Wave. We bring you daily happenings, local politics, crime, government dealings and fun stuff. Please contact us.
View all posts by News Staff →
View on Tax Cuts
Local DFG Spells Out New Rules