By News Staff on September 16, 2013 in Government Agencies/Utilities 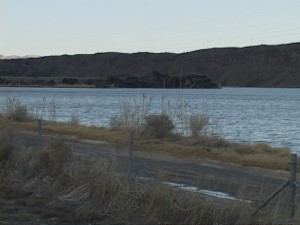 At the end of August, Inyo County Water Director Bob Harrington sent a letter to the manager of Coso Geothermal to say that the company could continue groundwater pumping in Rose Valley as part of the energy operations. Little Lake Ranch has appealed that decision, and Tuesday Harrington had planned a workshop with the Inyo Supervisors on the Rose Valley operations, but the item was pulled from the agenda.

In his letter to Coso, Bob Harrington had said that the Water Department’s consultant assessed the Rose Valley groundwater system with respect to groundwater pumping and Coso’s Conditional Use Permit. The consultant found that Coso pumped almost 1800 acre feet per year less than permitted. The consultant also implemented updated monitoring methods. The Water Department determined that fluctuations in the level of Little Lake were not caused by groundwater pumping. The Department approved Coso continuing to pump at the current rate of 3,040 acre feet per year.

On a related note, the Inyo Supervisors objected to DWP’s new well in Rose Valley on grounds that it does not comply with the Water Agreement and has the potential to have a significant impact. At last word, DWP had not responded to the County’s letter.

The workshop on Coso’s pumping project was scheduled for 11am. In a late addendum, officials pulled this item from the agenda.

Water is becoming a major issue every where in Southern Inyo, I have heard that the water table has dropped 22ft in the last four months in and around olancha, most of the water in being used to irrigate the fields on the East of Olancha across from the Ranch… Read more »

You need to document that claim.

Google it or call Inyo’s Assessor. I already have over the years and he maintains Coso is in Inyo.
BK

I remember a few years back the geothermal company got so mad at Inyo co. assessers highballing the property value ( in their oppinion ) that they revoked their security pass to travel on navy property, and would’nt let them on the plant site. Seems silly when professionals act like… Read more »

According to Inyo County officials and numerous sites on the internet, Coso Geothermal is located in Inyo County. The County has taxed
them from the start and Coso has paid. The company sometimes disputes the valuation but not the fact that they owe Inyo their tax dollars.
Benett Kessler

I know the Indian Wells Water District has been eyeing water in Rose Valley as well as two wells they have in the Owens Valley with no appropriative rights on a ranch they own. The aquifer in the Indian Wells Valley is badly over drawn so they are sniffing around… Read more »

Just curious how much tax revenue the Coso geothermal plant can actually generate for the county. It is located on Navy property at NAWC China Lake, so there would be no property tax revenues from it. Any tax revenues on the sale of electricity would go to the state or… Read more »

In 2010, Coso’s holdings located in Inyo County were valued at $713 million. The Assessor said they are supposed to pay 1% of assessed value. Frequently Coso appeals Inyo’s valuation.
Benett Kessler

The geothermal field and associated generating plants are on US Navy owned land. No county has the authority to charge property taxes on it. They can try, but legally they have no right to collect one cent. County and local government have no authority on Federal land. That plant is… Read more »

The fact is Coso geothermal facilities are on Inyo County land. Inyo has been assessing and taxing them from the start.
They appeal evaluations but pay the taxes.
Benett Kessler

Thank You Benett for the platform to give my two cents… What the heck Inyo County!! Seriously? Okay let me further explain my frustration. This area is extremely culturally significant, a point was found (arrowhead) that dates all the way back to a time where they have reason to believe… Read more »

I must add something to this, I intend in no way to take shots at any of our elected officials on the local level. I have been fortunate enough to meet with Matt K. and Mark T. on separate occasions, and the time we had I felt they are genuine… Read more »

Will be interesting if DWP prevails in pumping, putting existing wetlands and a established hunting club in jeopardy, as well as existing power plant that pays millions in taxes. All at the same time DWP wants to build a solar power plant. Pretty sweet for DWP if they get the… Read more »

It’s not enough that the LADWP wants all the surface water in the Owens Valley…now they want what’s underground TOO ? UN-FREAKIN’-BELIEVABLE !

They’ve been pumping the underground all over the Owens Valley since the 70s and maybe earlier than that.
BK