By News Staff on December 7, 2016 in Obituaries

Richard was born in Lee Vining, CA on August 22, 1945 and raised by his grandmother Vina Williams. 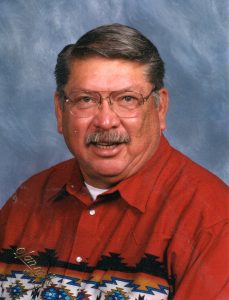 In 1959, Alice and Art Dumas became his foster parents and moved him to Big Pine, CA where they finished raising him.

He attended Big Pine High where he played football, basketball, baseball, and track, which he holds the record in the 440 track.

He graduated in 1964 and joined the U.S. Army and married his high school sweetheart Vivian Heald Williams.

He did a tour in Germany then returned to finish his service in Ft. Riley Kansas, where he was honorably discharged in 1968. He and his wife then moved to Lone Pine, CA where he got a job at DWP and they had their first child Angela Williams Eddy.

He then was transferred to North Hollywood and in 1973 they had their second child Mindy Williams Mischell.

He moved around between North Hollywood, Lone Pine, Bishop, and Big Pine.

He was very involved in the community from him being in the Big Pine Booster Club, Big Pine Volunteer Fire Department, American Legion, and to him just being the local handyman.