By News Staff on January 7, 2021 in Obituaries, News Releases 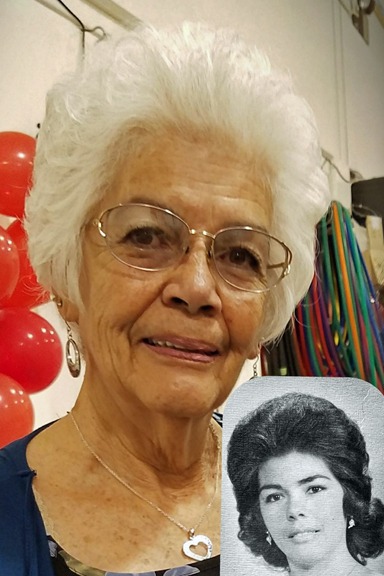 Carol Anne Dondero was born at Mono General Hospital in Bridgeport on October 19th, 1947 and passed away peacefully at home in Big Pine on December 31, 2020 after a battle with lung cancer.

Carol was preceded in death by her parents, Roy and Dorothy Dondero and life partner of 24 years, Butch Sturgeon. Grandparents Louie and Ida Stewart, John N., and Lena Tom Dondero.

Carol Anne, her parents, and sister Susie lived at the Dondero Ranch until she was to start kindergarten. They then moved to town (Lee Vining) where she was raised with her sisters, Susie, Teresa, and Nicole and lived most her adult life.

Growing up, she played all the childhood games in the dirt and rocks where the Elementary school stands today. In the winters, she and her sisters sled down the Rock Crusher Road. At 11 years old, she worked peeling potatoes for Sez Bills cafe, earning .50¢ per shift. A couple of years older, she and her sisters often walked down to the ranch for a horse ride and ended up at Mono Lake Marina – they were in trouble! They went too far and did not ask to go in the first place!

As an athletic gal in high school, she received the Alfonso Stagg Medal in 1963, ’64 and ’65 for all sports. In addition to sports, she loved to dance, and boy could she – jitterbug was her forte! She began driving with her Dad, reminding her if you can drive a stick shift (jerk and stall) you can drive anything. In the end, her Mom helped her to master driving. She later became a waitress at Nicely’s/Bodie Mikes when they opened in 1964 but her dream job was to become a nurse. She did attend a Catholic Nursing school in Van Nuys, CA. However, city life was not for her; she made her way back home.

Once back in LV, Carol Anne had a crush on a hometown boy, and he was smitten with her. In 1970 her little family began with marriage to Louie Andrews. Their kids are
Becky, Chris, and Charlene.

In 1980 she applied to Johnson O’Malley Title VII Education Program to tutor the Native children in Lee Vining at her home, shortly after transitioning to tutoring at Lee Vining Elementary. In 1983, she was classified as an Aide with Eastern Sierra Unified School District until 1993. Her goal for “her kids” was for them to master the basic skills and cursive writing. Her creativity was apparent with the various bulletin boards, Christmas, and graduation programs.

Her love of sports continued as her children grew and played. She volunteered during the little league years and was a Co-Coach with Karen Dondero for the Lee Vining Aces. She coached her oldest daughters high school softball team and played on the Nicely’s Women Softball. The dirt racetrack in Hawthorne, NV is where her Mother’s driving lessons shifted into gear. She made laps in Louie’s race car in the powderpuff heat, winning one or two!

In 1993, she lived in Bridgeport where her dream of being a nurse sort of transpired with employment at the Mono County Department of Public Health, where she wore many nurse caps. The end of 2005, she moved to Big Pine on the reservation and began work at the Toiyabe Indian Health Project in the Community Services department, retiring in 2012. Previous other jobs included working for the Bridgeport Indian Colony, Big Pine Tribe and Fort Independence Tribe.

Carol Anne was present at all her grandchildren’s births, birthdays’ and the milestones of graduation and all the special holidays. For all the birthdays, she would call at the crack of dawn and ask, “Are you ready for your birthday song?” And start off by saying “Here goes!”, sing an original ditty and at the end, ask, “How’s that?!” Those were great songs! She was the best G-Ma ever!

She would give her kids “the what for” when they did wrong but was always the first to encourage them. Reminders – to not wait until the last minute and do your best! Those words spilled over to her grandchildren. Greatness and success do not happen overnight. It is a slow process, a test of patience and your determination.

Carol Anne was immensely proud of her Native American and Italian heritage. The original Dondero’s arrived at Ellis Island from Italy and made their way to Mono Lake. This was the beginning of Carol’s Italian and Mono Lake Kutzadika Paiute heritage.

Per Carol Anne’s wishes there will not be a funeral service but a Celebration of Life to remember a wonderful woman who will be greatly missed. Any plans to gather will have to be when it is COVID-19 safe. The family will notify everyone when they have a date.